Quintero’s Film, ‘All that Remains,’ Premieres at Venice Film Festival 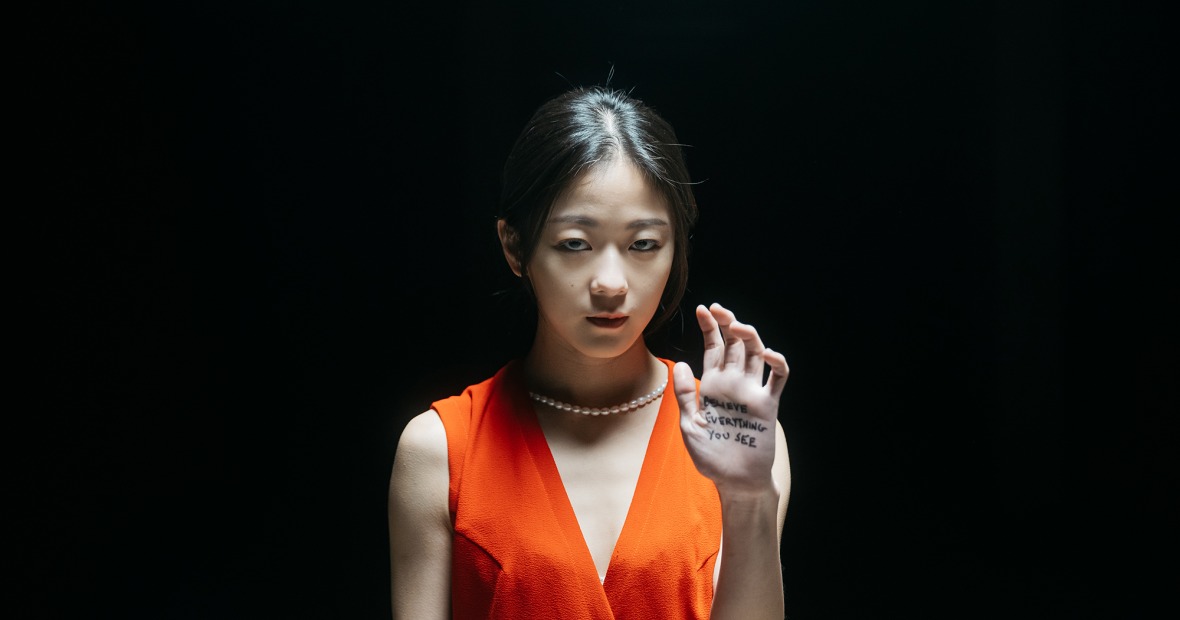 Craig Quintero's film All That Remains  creates a meditative experience for just one viewer at a time. This fall, he's directing a mainstage production of Blur at Grinnell College.

Professor Craig Quintero’s virtual reality film, All That Remains, premiered at the 79th Venice Film Festival in September. The surreal, 360-degree immersive film is an extension of the experimental theatre productions he has been staging for the past 24 years as the artistic director of the Taipei-based Riverbed Theatre.

Rather than convey a single idea or storyline, the film creates a meditative experience for the viewer. “All That Remains functions as a creative looking glass, a mirror through which the audience members can see themselves,” Quintero explains.

Quintero used an Insta360 Titan camera to film the project; the spherical, basketball-size camera with eight lenses can record a 360 environment. The single audience member views the film through an Oculus headset that also includes spatial audio, intensifying the sensation of being fully immersed in the virtual world.

I am interested in exploring ways in which we can complicate this relationship. How can theatre and film evolve to address the current needs and aesthetics of our times?

The transition to virtual reality was a natural one for Quintero. Since 2011, he has directed 10 large-scale immersive performances for one audience member at a time, including productions at Taipei MOCA, Taipei Fine Arts Museum, and the Taiwan National Museum of Art. Quintero says these intimate performances establish interactive spaces that blur the boundaries between the performers and audience, providing a space for direct engagement.

“As theatre-goers, we have grown accustomed to sitting in a darkened auditorium and watching actors perform onstage from a safe distance,” Quintero explains. “I am interested in exploring ways in which we can complicate this relationship. How can theatre and film evolve to address the current needs and aesthetics of our times?”

Quintero has explored the possibilities of this immersive work with Grinnellians, bringing groups of MAP students to Taiwan to work on creative projects while also mounting performances for an audience of one as part of the Department of Theatre, Dance, and Performance Studies mainstage season, including the 2013 production of Nobody Gets Hurt and this fall’s performance of Blur.

Quintero says that he is excited to see Grinnellians embrace this alternative approach to theatre, “Just like my colleagues in the sciences, we are conducting experiments in our theatre classes and productions. We are constantly asking how we can transform this tradition.”