Rediscovered: A Love for Literature and the Spanish Language 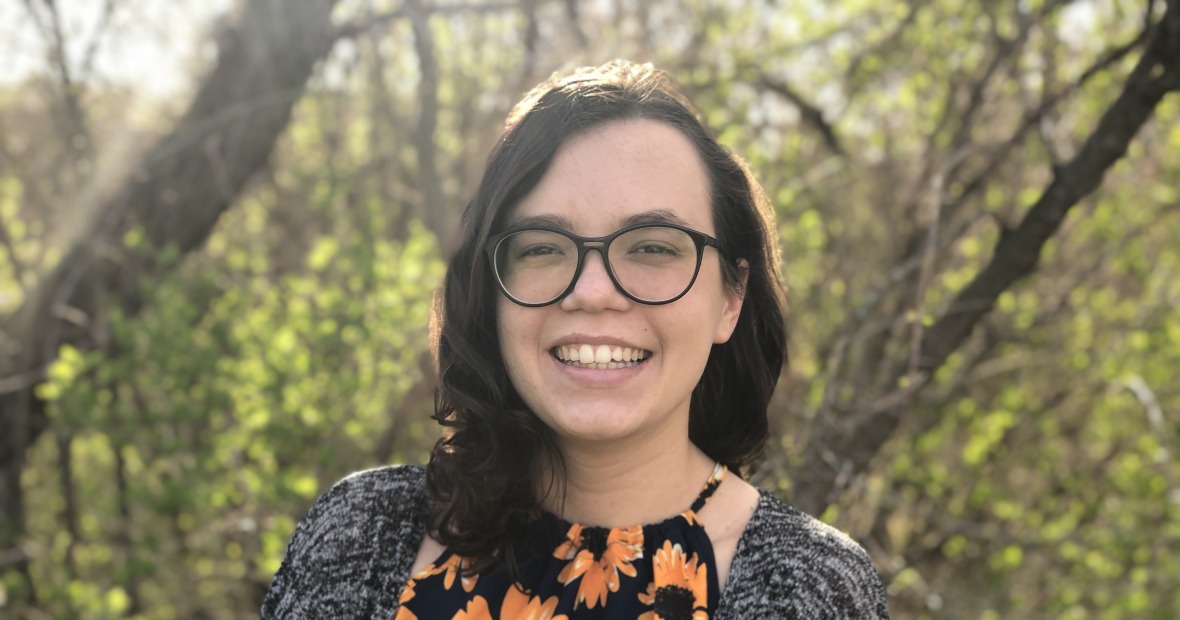 When Allie Pearce ’20 arrived at Grinnell College, she had a clear academic focus — American government. “I came into [Grinnell College] thinking, ‘Okay, I’m going to be on one track and I’m going to take only these classes,’” she says. To accomplish that, she chose a major in political science and a concentration in policy studies.

Pearce also pursued a concentration in American studies to “build the necessary skills and knowledge base that would help me understand [government and policy] work inside and out.”

It was really in branching out that I found out so much more about myself and what I want to do.

Concentrations are optional, interdisciplinary programs of study pursued in addition to a major. Typically 22–24 credits, concentrations consist of one or two required courses, with the rest chosen from a list of courses in a variety of departments. Grinnell’s American studies concentration can include courses in departments as diverse as anthropology, biology, economics, art history, theatre and dance, policy studies, philosophy, and gender, women’s and sexuality studies.

The interdisciplinarity of the American studies concentration led Pearce to take classes beyond government and explore sociology, culture, and religion. She began to see the non-governmental side of American studies. “It was really in branching out that I found out so much more about myself and what I want to do,” she says.

Pearce’s political science adviser also helped her expand her horizon beyond American government by suggesting she take classes outside the social studies. “I ended up rediscovering my love for literature and the Spanish language, and I knew I wanted to incorporate more of a humanities focus into my American studies concentration,” Pearce says.

The concentration culminates with an independently devised capstone project, designed to tie together what concentrators learn from courses taken in the concentration. When it came time to capstone in American studies, Pearce decided to challenge her strictly American government approach by carrying out a project on U.S. Latinx communities, in Spanish.

Histories of oppression and marginalization… I was interested in examining these issues more deeply.

While she had already planned to take a Spanish department course taught by Professor John Petrus called Readings in U.S. Latinx Literature and Culture, she learned from Petrus that she could add a +2 to the course and create an American studies capstone based on the concepts they were learning in class. Capstone options include a MAP (Mentored Advanced Project), a four-credit independent study, or a +2 credit taken with a seminar class. In their chosen independent study option, students work with a faculty adviser to create a project.

As Petrus explains, “We thought about identity in the novels we were reading in class, and about how we could tailor this to her interest in Latinx folks from the Midwest.”

Developing a research question for her capstone involved wedding American studies with Latinx studies, sociology, and Spanish language: How can literary portrayals of Latinx characters that experience hyphenated or hybrid identities help us understand the lived realities of those diasporic communities?

“I zeroed in on identity as the unifying force, because fundamentally, American studies is the formation of both collective and individual American identities,” Pearce says. “That’s the line I saw drawn between all the different subjects.”

Humanities courses aided Pearce’s understanding of the social sciences. “Literature is a form of representation,” Petrus says. “It’s not a direct representation, it’s an aestheticized representation of lived experience. But it can offer a lot of insight into lived experiences.” Petrus describes Pearce’s research process as a “literary survey” of U.S. Latinx authors, from Sandra Cisneros’ Woman Hollering Creek and The House on Mango Street, to Gloria Anzaldúa’s Borderlands/La Frontera: The New Mestiza—all novels Pearce added on to her capstone as part of her +2.

Mentored Research Can Happen in Many Ways

Capstoning in American studies through a Spanish course is unusual, but the novelty of Pearce’s vision was welcomed by both departments. “People don’t tend to do their American studies capstones in other languages,” Pearce says. “But everyone said it was okay.”

As Petrus points out, “Really, if you’re interested in a topic in any course, there are lots of different ways to pursue your research.”

“With any concentration, there is so much room for independence in Grinnell’s curriculum,” Pearce says. “I definitely think it was challenging in the best and most personal ways.”

It was this independence that gave Pearce the room to discover the myriad ways that culture impacts policy. Through Spanish department courses and her capstone, “I learned a lot more about what immigrants and English language learners face in our country, and I've worked to connect this to policy changes that can be made to reflect the lived realities of the Latin American diaspora and create a more inclusive national culture.”

In summer 2021, Pearce will begin a master’s program in education policy.