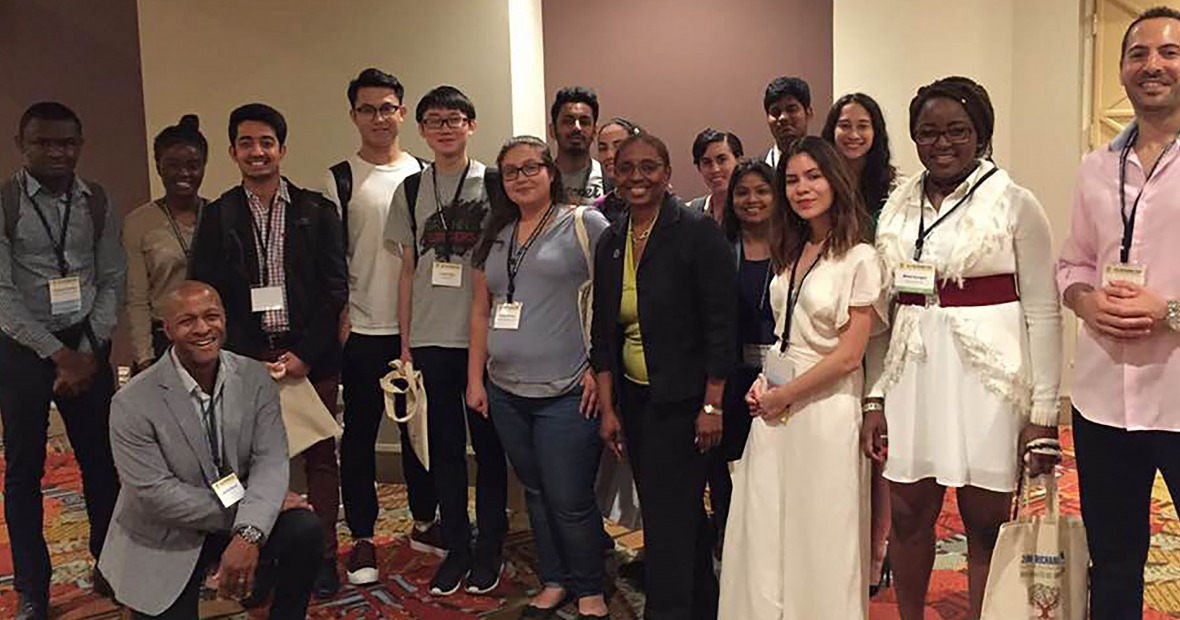 Many people, if asked to imagine the typical computer science major, would probably picture a young white male. Those who’ve experienced the Richard Tapia Celebration of Diversity in Computing Conference, however, would have a more nuanced view.

The Tapia conference, sponsored by the Association for Computing Machinery, is convened yearly to tear down the barriers that can make the tech sector seem like a not-so-old-boys’ club. The event’s organizers “acknowledge, promote, and celebrate” diversity in the computer industry by bringing undergraduate and graduate students together for four days with faculty, graduate and undergraduate students, researchers, and professionals from multiple backgrounds and ethnicities. Attendees whose backgrounds, abilities, genders and orientations could not be more different come together there to explore their mutual passion for technology’s transformative possibilities. The 2018 Tapia conference had 1,400 participants (representing 250 colleges and universities) and 112 sponsors. Sixty percent of attendees were students.

For the past three years, the Wilson Center for Innovation & Leadership has helped to ensure that the Tapia conference includes a healthy contingent of Grinnellians as part of its effort to encourage all Grinnell students, regardless of their backgrounds or identities, to imagine themselves as leaders and innovators. While at the conference, student attendees are able to solicit advice from and make contacts with leaders and future mentors in the tech world, from both industry and academe.

“My goal for attending the [October 2018] Tapia Conference in Orlando, Florida, was to learn more about the dark plague — a.k.a. the lack of diversity — that dominates the technology industry,” said Abyaya Lamsal ’19.  Lamsal said this lack of diversity is at the heart of some of the perennial problems with which computer scientists and programmers wrestle — for instance, when human biases creep into machine learning. Lamsal said Google Translate provides one example.

“The translations Google Translate produces can sometimes produce sexist statements. For instance, if a statement such as ‘He/she is a doctor’ is translated from a gender-neutral language into English, a lot of times the result produces ‘He is a doctor,’ or ‘She is a nurse.’ This is not the model’s fault; rather, the data that was fed to the model was clearly biased. I personally believe if a Grinnellian had been part of this project’s development, the chances are that such problems would not even arise.”

Lamsal emphasized that the values Grinnellians learn as part of their liberal arts education are values that the Wilson Center advocates for as well. “Here, such discrimination [as is demonstrated by Google Translate] would prompt immediate action, and the relevant parties [would be held} accountable. [We know that] being amazing in computer science is not enough. You need to understand the context in which technology is used.”

Jemuel Santos ’19 also attended the Orlando Tapia conference in the fall of 2018, and found encouragement in the exposure it afforded him to tech sector leaders who’re coming to grips with exactly the sorts of problems Lamsal identified. Meeting these leaders enabled him to imagine a future in which he could be a trailblazer, too.

“I found all of the events held at Tapia to be incredibly useful to my development as a leader and as an innovator in the field of computer science,” Santos said. “Particularly, it was the exposure to companies and individuals who are currently having an impact [in computer science] that provided insight and inspiration for me to grow.”

Attending the Tapia conference has its practical side as well, Santos said.

“There was a massive event, held over two of the conference’s days, where all of the companies present were able to talk to prospective applicants and discuss opportunities available at their companies. Some were even able to provide on-site interviews to applicants they were particularly interested in…. I was given an opportunity to interview with JP Morgan, where I was eventually offered a position as a Software Engineer.”

Note: In the included photograph, Abyaya Lamsal ’19 is in the back row, center.