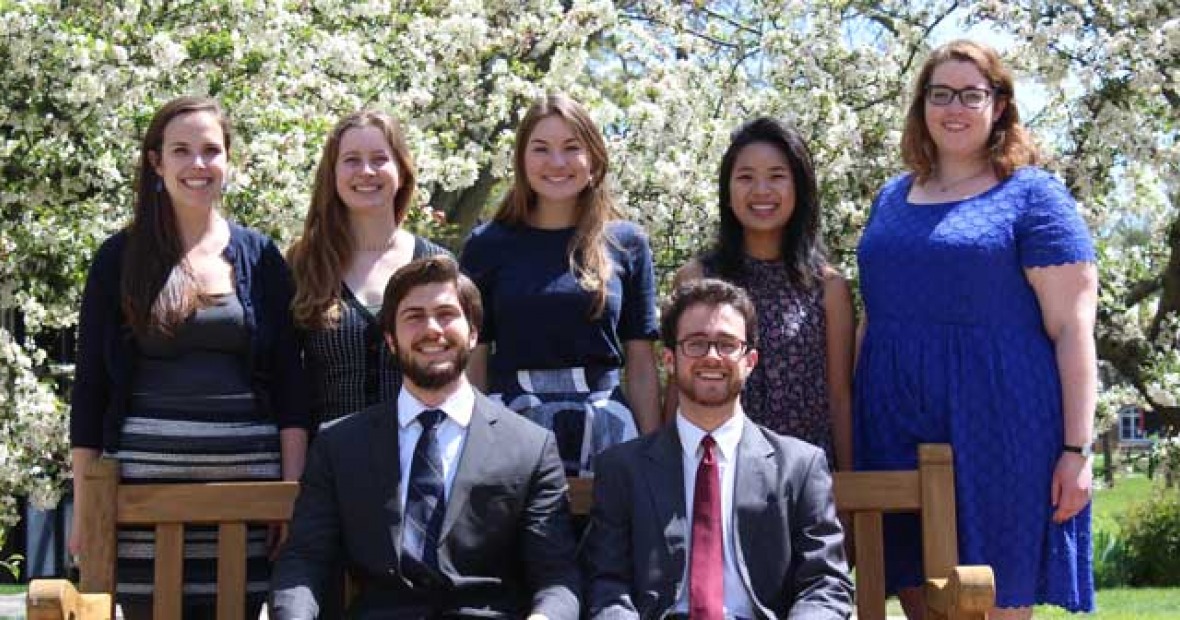 Seven Grinnell College seniors and one graduate have been awarded Fulbright grants to support international study, research, and teaching.

Since 2004, the U.S. Department of State has annually published a list of “top producing” Fulbright schools and Grinnell has consistently shown up on that list. For the 13th consecutive year, Grinnell College is on the U.S. Department of State's annual list of universities and colleges that produce the most Fulbright scholars and students each year.

Grinnell has been named to this list every year since it was first issued in 2004. Seven Grinnell students won Fulbrights for 2016-17 — more recipients than at any other bachelor's institution in Iowa, according to the Department of State. Grinnell also ranked 15th among the 35 bachelor's colleges listed as top producers nationwide.

“Grinnell students are an excellent fit for the Fulbright program," says Mark Peltz, Daniel and Patricia Jipp Finkelman Dean of Careers, Life and Service at Grinnell. "Given the seriousness of the academic work here, the international connections we make inside and outside of the classroom, and how globally engaged our students are, it’s not surprising that so many of our seniors and alumni are selected by the Fulbright Commission to continue learning and working abroad. This year’s group of Fulbright scholars reflect Grinnell’s commitment to academic excellence and to preparing students to make a difference in the world."

Each year the Fulbright Program awards approximately 8,000 grants. Roughly 1,600 U.S. students, 4,000 foreign students, 1,200 U.S. scholars, and 900 visiting scholars receive awards, in addition to several hundred teachers and professionals. Approximately 370,000 "Fulbrighters" have participated in the program since its inception in 1946. The Fulbright Program operates in more than 160 countries worldwide.

The 2017 seniors and one Grinnell graduate who have received and accepted Fulbright awards, their areas of focus, and the Grinnell faculty and staff who supported their applications are: