They Call Me Q 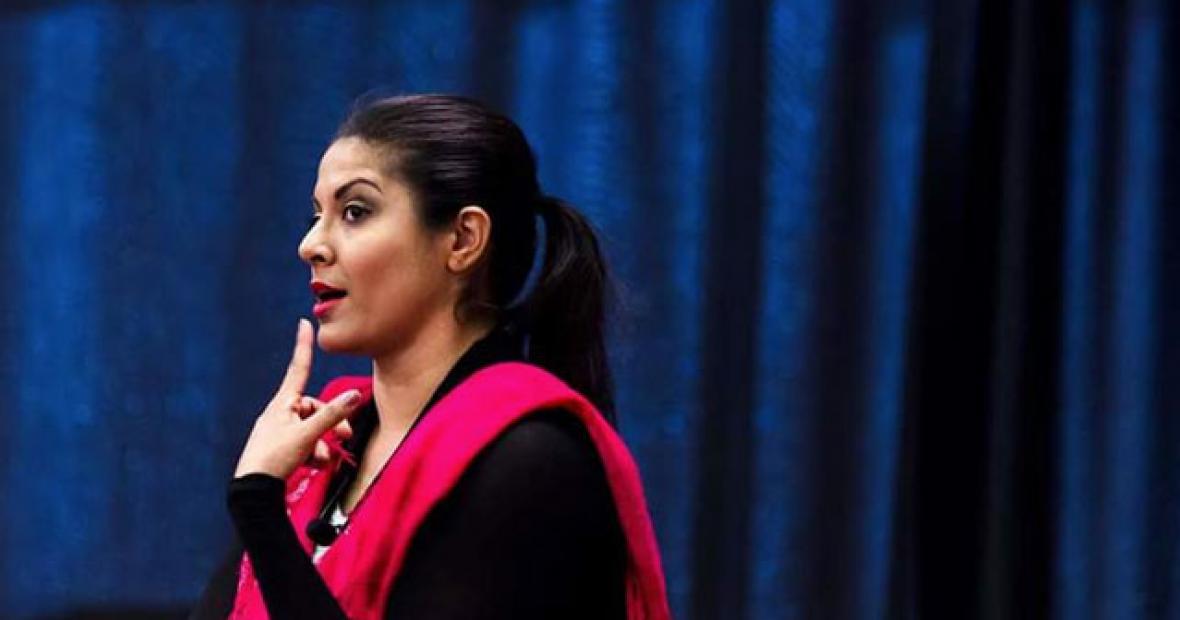 Quarrat Ann Kadwani will perform her one-woman show, They Call Me Q, at Grinnell College on Monday, Oct. 23. The performance will begin at 7 p.m. in the Harris Center Concert Hall, 1114 10th Ave., Grinnell.

They Call Me Q is an autobiographical one-woman play, written and performed by Kadwani. The show, which is free and open to the public, documents Kadwani's story as she grows up in the Bronx as a girl from Bombay, India. In the course of one hour, she transforms into 13 different characters who have shaped her life. The show focuses on her attempt to balance the pressures of her traditional parents and seeking acceptance in her new culture.

The NY Theater Guide proclaimed They Call Me Q to be "filled with charm, humor and heart." BroadwayWorld: Washington's review described Q as "a personal look at the experiences that have shaped who Qurrat has become and who she's striving to be that simultaneously and expertly addresses the complexities inherent to defining identity in our contemporary, messy world."

Kadwani is an award-winning actress, producer, MC, TV host and philanthropist. She is the first South Asian female to have a solo play produced Off Broadway for which she has won awards including Best Actress, Best Play, Trailblazer from the South Asian International Performing Arts Festival and Cultural from the Asian American Pacific Islander Coalition.

She holds a bachelor's degree in theater from State University of New York – Geneseo, where she earned a double scholarship for her acting and directing contributions. She is also the founding artistic director of eyeBLINK, a multicultural nonprofit promoting social change through theater and dance.

The play is sponsored by Intercultural Affairs; Diversity and Inclusion; Gender, Women's, and Sexuality Studies; and Theatre and Dance.