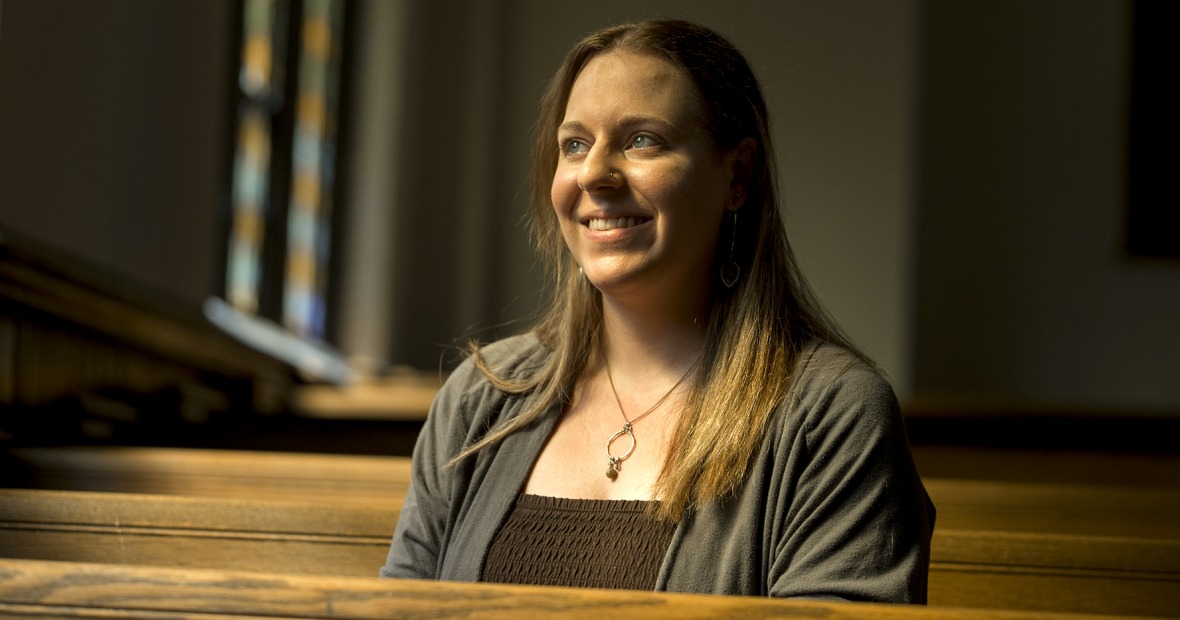 When Rebecca Dworkin ’06 graduated from Grinnell as a religious studies major, she didn’t know exactly what she wanted to do with her life. She was interested in women’s health and reproductive rights, but how did she want to approach the issue? Through law? Advocacy? Social work? With so many options, Dworkin wasn’t sure which path was right for her.

To gain some exposure to women’s health in practice, Dworkin took a position with AmeriCorps, where she worked in a busy clinic as a doula, a birth coach. Today, she believes this experience was the single most influential choice she made after graduating.

“It’s very clear looking back that that program was what really got me interested in working in health care,” Dworkin says. “But the program got canceled abruptly 8 months in. It was like getting the rug pulled out from under you!”

After being laid off, Dworkin still wasn’t sure what career path she wanted to take. She decided to hit the road and travel the country doing seasonal work and “visiting other people’s lives.” This experience allowed her to meet many different kinds of people and also gave her the time to clear her head and discover what she really wanted to do.

Before long, Dworkin was in an accelerated nursing program at Georgetown University, after which she received her master’s and became a certified nurse-midwife. She got the first job she applied to at the University of Iowa, where she currently works as a clinical assistant professor in obstetrics and gynecology. Dworkin was glad that she attended Grinnell before getting this career-driven education.

“I don’t think that I would have wanted to do that sort of education in my initial college years, because I wouldn’t want that career focus to come at the expense of the intellectual development I got at Grinnell,” she says. “It’s absolutely worthwhile to spend some time engaging in some sort of intellectual passion. It exercises your mind and can add a whole new layer of depth to whatever you decide to do.”

The Value of the Liberal Arts

For Dworkin, her interdisciplinary studies about women in subjects such as religious studies, gender studies, and sociology allow her to connect with her work on a deeper level than clinical practice alone.

“The most rewarding part of this job is that you are in a position to be with people during really critical moments of their lives,” says Dworkin. “I can really empower women through their reproductive choices and help them to take ownership of their bodies and their birth experiences.”

Reflecting on her experiences, Dworkin can see how her liberal arts education, along with her 6 months of “drifting” on the road, prepared her for the path she took.

“I really do feel like the liberal arts can prepare you to do basically whatever you want. If you can read critically, communicate well, and write well, that will serve you well no matter what field you go into,” Dworkin says. “I felt prepared to go down many paths, because the liberal arts opens doors rather than pigeonholing you into one way of thinking.”

Dworkin also stresses that students and recent graduates should be willing to have faith in themselves and not be afraid to do a little “drifting.” Her experience with AmeriCorps sparked her interest in health care, and she met many healthcare professionals during her time on the road who helped her determine the path that was right for her.

“Even if you don’t know what you want to do right away, just go somewhere you want to be! If you’re out in the world, you’re gonna meet people who may turn into an opportunity you never considered,” Dworkin says. “The opportunities will come to you, if you’re open to them. So don’t worry so much! If you graduate from Grinnell, you’re truly prepared for anything.”