When Jazz and Spaceships Collide 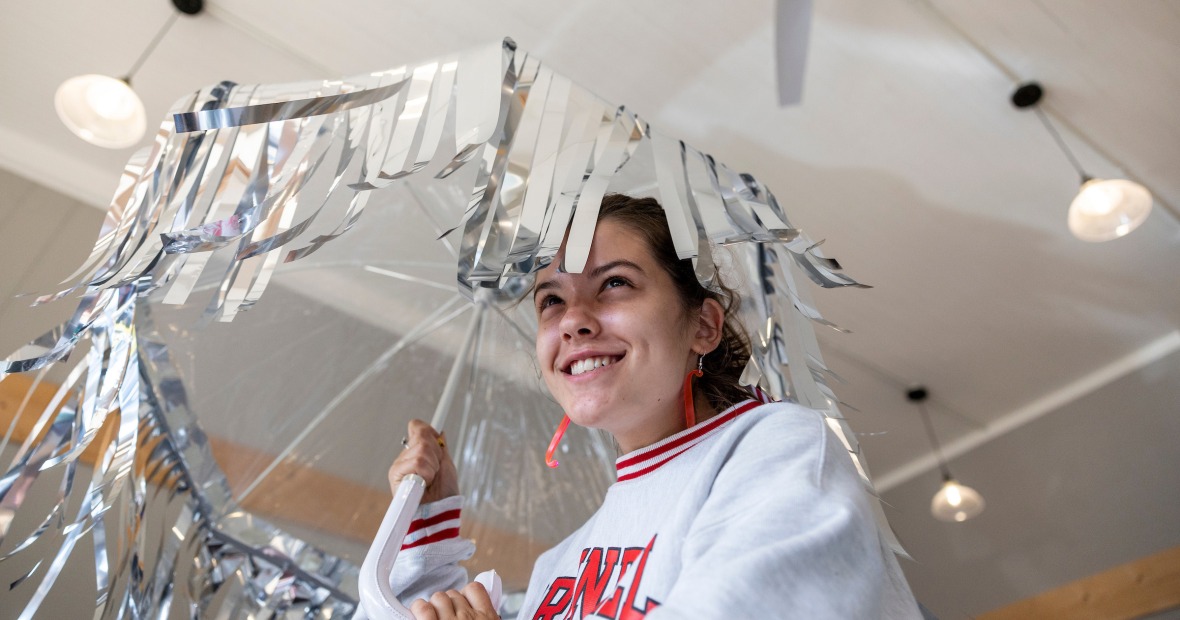 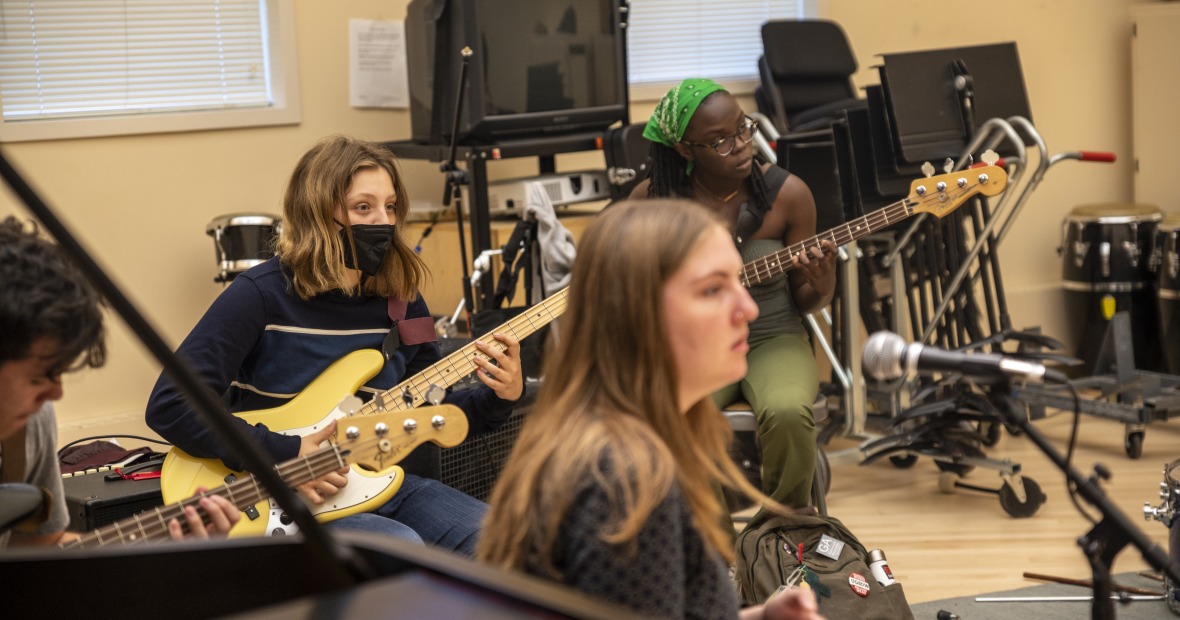 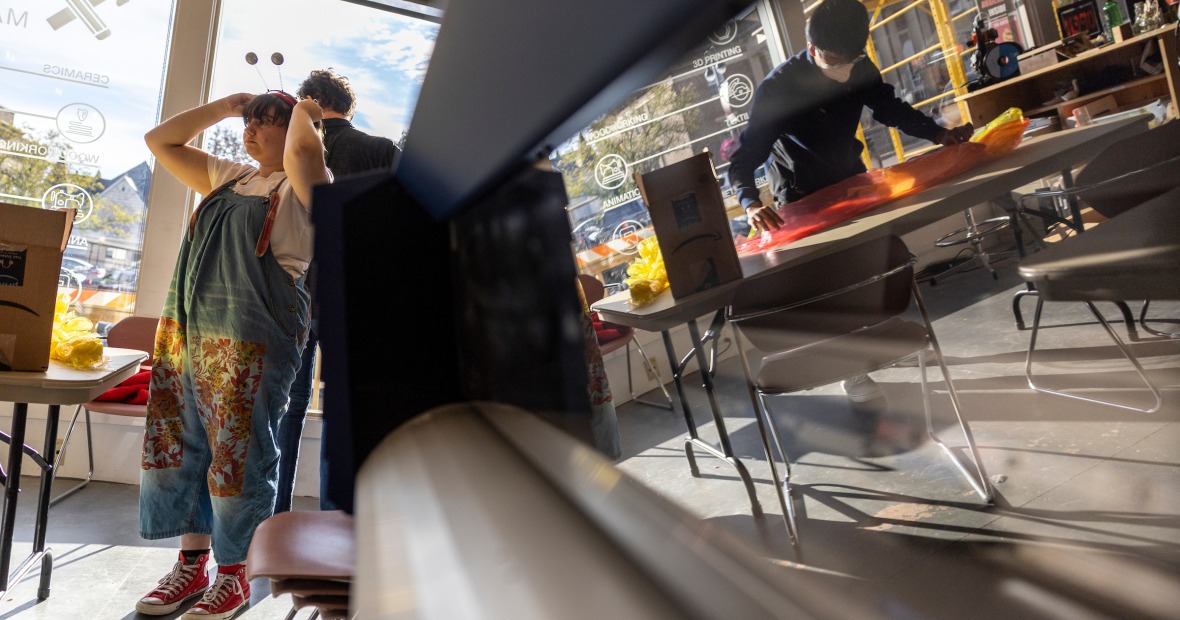 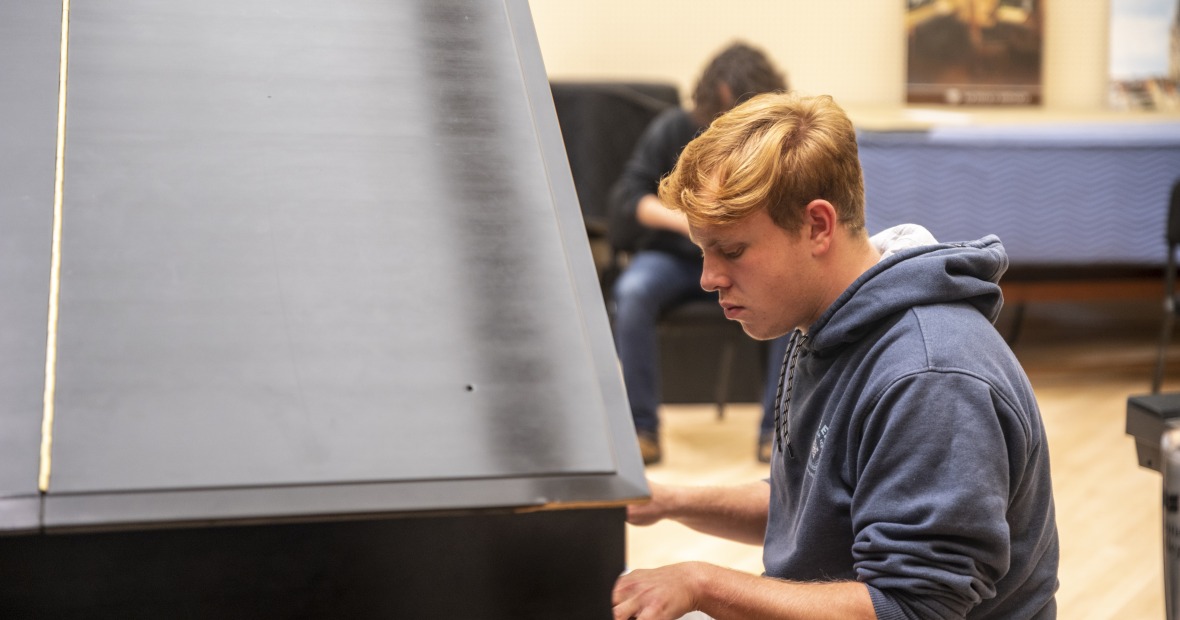 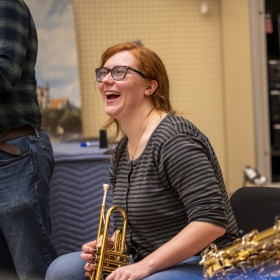 Join the College for “We Travel the Spaceways: Space Chants and Future Sounds,” a one-of-a-kind showcase experience sponsored by the Wilson Center for Innovation and Leadership, featuring a performance by the Jazz Ensemble in collaboration with the First-Year Tutorial course “Janelle Monáe and Afrofuturism.”

Associate Professor of Music Mark Laver and students from the tutorial class and jazz ensemble will share insights on the project’s inception, what construction and preparation has been like, and what the audience of the final performance can expect.

What made you select ‘Janelle Monáe and Afrofuturism’ as a First-Year Tutorial to teach this year? 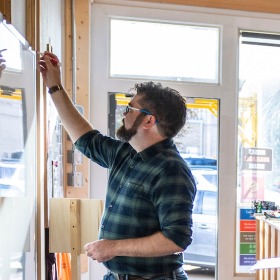 Mark Laver: I first taught a version of this tutorial in fall 2019. In that iteration of the course, we focused mostly on Monáe’s music released in the years prior. This year, the class brings that music into conversation with her co-authored collection of short stories, Memory Librarian and Other Stories of Dirty Computer. Monáe’s work, especially since 2007, has engaged with Afrofuturism, a set of artistic practices that seeks to create spaces for Black people and Black creative expression in areas where Black folks have historically been unwelcome.

More than representation, though, Afrofuturism affords a space for Black artists to think about connections between memory and history, between past and future, between science and magic, among geographic and cultural zones within the African diaspora, and between ways of knowing and being in the world that have been violently marginalized by what bell hooks calls “white supremacist capitalist patriarchy” — along with numerous other creative threads and trajectories.

How does this intersect with the jazz ensemble performance? 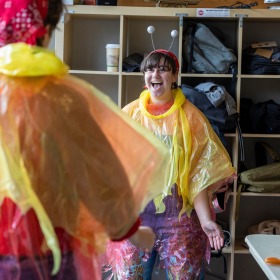 Laver: The joint project between the tutorial and the Jazz Ensemble, “We Travel the Spaceways,” takes its name from a Sun Ra composition. Together, we’re exploring answers to a number of these questions. We’re learning to work collaboratively on a large-scale project, the stakes of which are heightened by its very public outcome. With the many moving parts, including spaceship construction and the extensive research that went into it (including research into visual artists, musicians, filmmakers, fashion designers, and more), together with our work with the generous expert guests we’ve met from the theatre department (especially Kate Baumgartner ’15 and Stuben Farrar), we’re thinking carefully about inter-arts collaboration.

Maya Albanese ’26:  I’ve always been interested in futurism and sci-fi from a cultural perspective, especially after taking an American studies course in high school in which I wrote a research paper partly about how futurism is used in Disneyland. However, through my research, I had discovered how narrow-minded the field was — the “utopian” visions of the future were alarmingly white. Because of this, I thought that learning about futurism through an Afro-diasporic lens would be important and exciting. Also, I’ve always found Janelle Monáe fascinating and have wanted to learn more about her and her work.

What’s the plan for the mothership? How has construction been going and what are you working on? 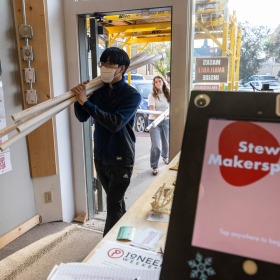 Siho Kim ’26: The plan for the mothership is to create a spaceship design inspired by various Afrofuturist artists and forms and to have it be used during a concert. After some deliberation in class, we decided to put an emphasis on triangular shapes and flowing movements that would give the mothership an out-of-this-world aesthetic, using a rectangular pyramid as our base shape and using strips of flexible metal sheets to create a sense of being in motion. In regards to construction, it’s been going without any issue — we had a slight problem regarding the size of the umbrella we ordered, but it was an issue that was soon amended and did not pose much of a problem. Other than that, we have been working on different sections of the mothership — some of us worked on the base, some of us worked on the decorations, some of us on the umbrellas, some of us on the “rockets,” and before the concert we plan to do some final work on the lighting of the ship.

What is your favorite piece that the Jazz Ensemble will be performing in this show?

Lucie Greene ’23: My favorite piece is Jaimie Branch’s “Prayer for Amerikkka.” It’s been really interesting to interpret her improvisations on the recording and apply her extended techniques and textural thinking to our own interpretation. The second half of it also calls for some Phrygian mode (often called the “Spanish mode” — it’s used a lot in flamenco music), which is a really fun melodic structure to work with. We’ve also sampled some of Branch’s vocals to play alongside, which adds this element of push and pull between the consistent, recorded element, and our own playing, which is different for every iteration.