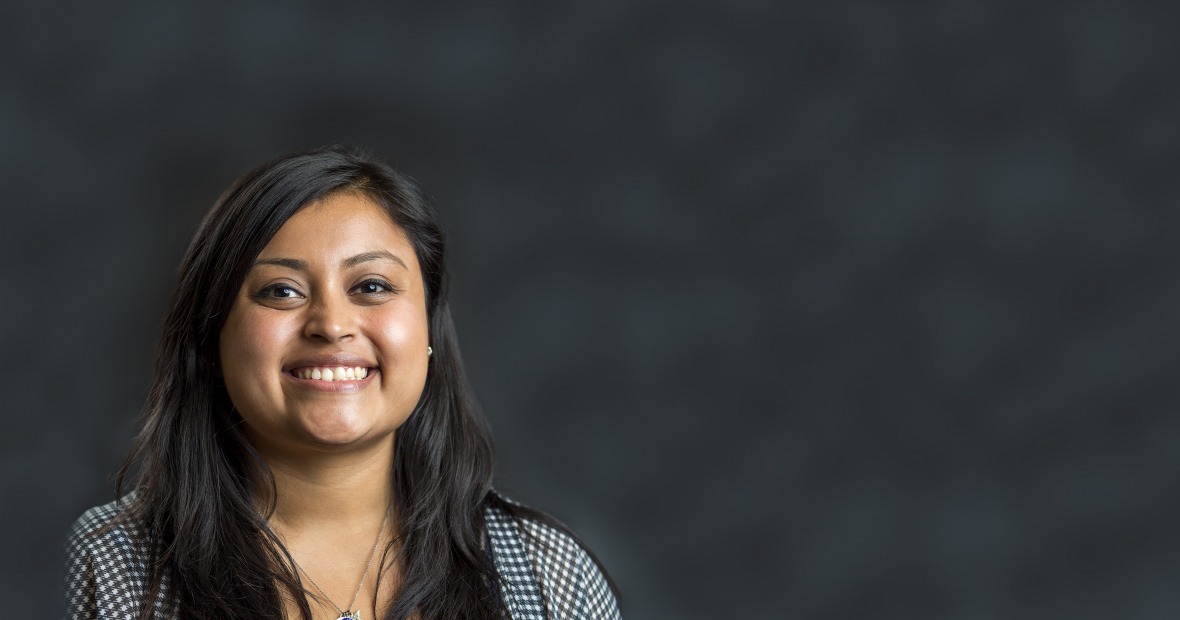 Ayala, a sociology and Spanish double major with a Latin American Studies concentration, is among 62 exceptional college students from 54 U.S. colleges and universities who have been selected as 2017 Truman Scholars. They were chosen by 16 independent selection panels based on the finalists’ academic success and leadership accomplishments, as well as their likelihood of becoming public service leaders.

In addition to $30,000 for graduate study, Ayala will receive priority admission and supplemental financial aid at some premier graduation institutions, as well as leadership training, career and graduate school counseling, and special internship opportunities within the federal government.

Ayala, a Posse Scholar now studying abroad in Santiago, Chile, plans to graduate from Grinnell in May 2018 and then pursue a Master of Public Administration degree with concentrations in local government management and policy analysis.

Throughout her college career, Ayala has engaged students around education-equity issues in the United States through her work as a service-learning work study student and through her work as service coordinator for the Student Government Association, a cabinet position.

She has worked with Al Éxito ("to success") in Iowa, an organization that "is committed to motivate and prepare middle-school Latinas/Latinos for post-high school education and the potential for economic security, civic engagement, and a stable family life," and with underrepresented low-income youth with Breakthrough New York.

Ayala also has designed and led workshops to inform Iowa’s Latino youth and their parents about the U.S. education system, financial aid, essay writing, and the college applications process. These activities promote more family involvement at school, greater civic engagement, and an increase in the likelihood that young Latinos will graduate from high school and pursue higher education.

She has received national recognition for her courage and contributions to the Latino community in Iowa. In September 2015, the White House honored her as one of 11 Champions of Change selected from more than 1,000 nominees for empowering and inspiring members of their communities. She returned to the White House last December for a five-year reunion of Champions of Change that focused on the progress champions have made and how they can continue to turn ideas into action.

Ayala's career goal is to influence education policy, ensuring underrepresented voices are heard and that public policy benefits all students in our nation. She hopes to work in the Los Angeles Unified School District’s Data Analysis Department, advocating for underrepresented students and promoting policies helpful to the development of students.

"I would like to use data on background information and achievement to allow students to have student plans that would track them to become successful based on their needs," Ayala says. "This will prepare students for success and help ensure that they graduate.¼I will ensure that policies are made to best help students, teachers, staff, and communities work together to provide the most successful learning environments."

As part of her Truman scholarship application, Ayala submitted a policy proposal for an issue she is passionate about. Her proposal, directed to Iowa Director of Education Ryan Wise, calls for the Iowa Department of Education to increase the diversity of in-district educators and incorporate a bilingual and multicultural model within the English Language Learners program to best serve all students.

At Grinnell, Ayala has been services coordinator for the Student Government Association, a cabinet-level position, as well as the public relations officer for the Student Organization of Latinos. She has also served as a mentor and facilitator at the Tama County Middle School in Toledo, Iowa.

"Yesenia confronts challenges head on and exceeds expectations at every turn," says one of her professors, Patrick Inglis, assistant professor of sociology. "In sum, Yesenia exhibits the very best of what we as professors hope to promote in our students — not only someone who is smart and capable, but also someone who is compassionate and caring, and who applies what she learns in service of positive change in society."