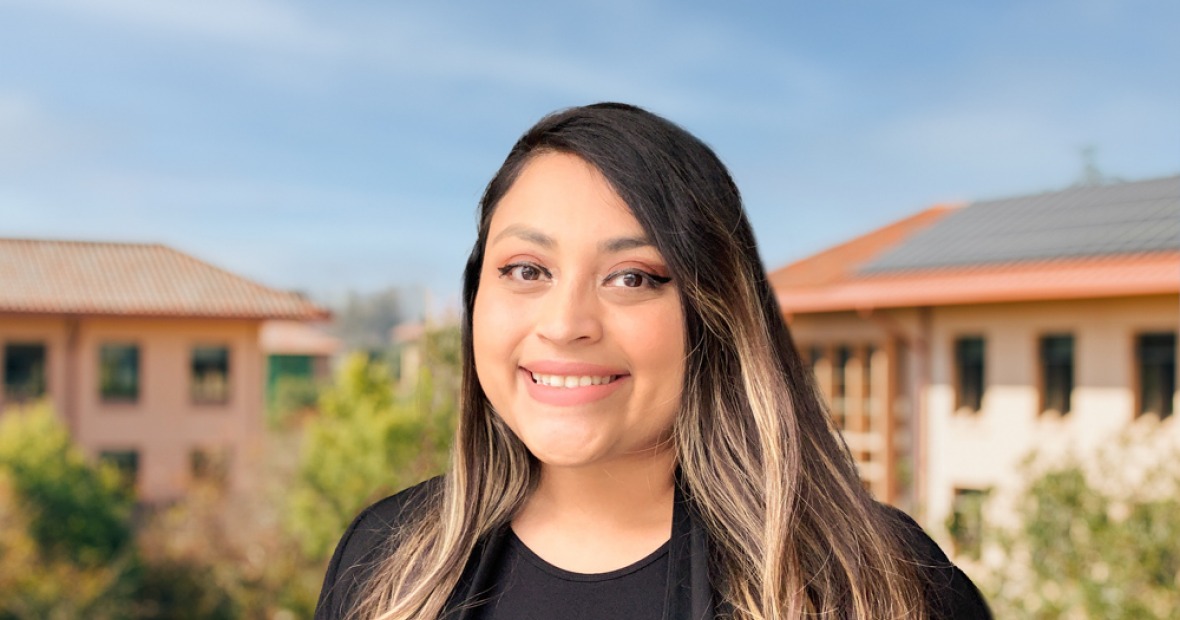 Yesenia Ayala, class of 2018, is named a Knight-Hennessy Scholar.

Grinnell College alumna Yesenia “Yesi” Ayala ’18 was awarded the prestigious Knight-Hennessy Scholarship for graduate study at Stanford University. The Knight-Hennessy Scholars program cultivates a diverse, multidisciplinary community of emerging leaders from around the world and guides them to collaborate, innovate, and communicate as they prepare to address the complex challenges facing society. The program is named after Phil Knight, co-founder of Nike, Inc. and 1962 MBA graduate of Stanford University, and John Hennessy, 10th president of Stanford University.

Ayala, of Panorama City, California, earned her bachelor of arts degree at Grinnell College with majors in sociology and Spanish and a concentration in American studies. She will be pursuing a master of arts in policy, organization, and leadership studies at Stanford Graduate School of Education.

Ayala aspires to influence education policy, ensuring underrepresented voices are heard and that public policy benefits all students in our nation. She currently works for the Postsecondary National Policy Institute and served as a public policy fellow for the Congressional Hispanic Caucus Institute where she worked for a U.S. Senate Committee on Health, Education, Labor, and Pensions. Ayala founded First Cafecito, a project intended to support the professional development of first-generation college students and professionals and serves as an ESOL teacher with CASA de Maryland.

“It’s an honor to be part of this global community,” Ayala says. “I look forward to working with my peers to engage in dialogue and solutions that will positively impact underrepresented students and their communities. I am ready to engage in leadership training with my peers and eager to learn, reflect, and grow during my time at Stanford University.”