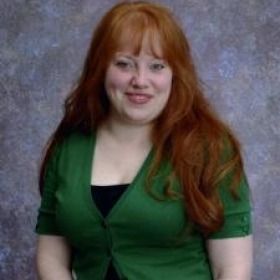 Brigittine French joined the Grinnell faculty in 2003 and is Professor of Anthropology and Chair of the Peace and Conflict Studies Program.  French is a linguistic and political anthropologist whose diverse body of teaching and research focuses on theoretical and ethnographic approaches to narrative, testimonial discourse, violence, gender, rights, and democratic state institutions in post-war nations.  Her first book, Maya Ethnolinguistic Identity: Violence, Cultural Rights, and Modernity is Highland Guatemala, was published by the University of Arizona Press in 2010.  Her second book, Narratives of Conflict, Belonging, and the State: Discourse and Social Life in Post-War Ireland, was published by Routledge in 2018.  French's work also has appeared in the Journal of Human Rights, American Anthropologist, Language in Society, and the Annual Review of Anthropology, among others.  Her research has been generously supported by the United States Fulbright Program and the American Philosophical Society.  She currently is working on a comparative project that deals with gendered forms of violence in Latin America and the United States as well as a project that is concerned with the circulation of genocidal language in Guatemala.  French's newest book, Anthropological Lives, co-authored with Virginia Dominguez is forthcoming with Rutgers University Press.

The Semiotics of Collective Memories

I am pleased to provide you complimentary one-time access to my Annual Reviews article as a PDF file for your own personal use. Any further/multiple distribution, publication, or commercial usage of this copyrighted material requires submission of a permission request addressed to the Copyright Clearance Center.

Ph.D. in anthropology, University of Iowa, May 2001