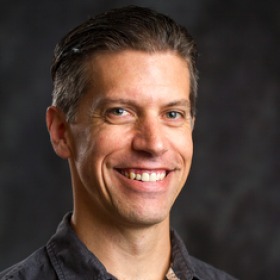 Ross Haenfler is Professor of Sociology at Grinnell College where he teaches Social Movements, Deviance and Social Control, Sociological Theory, Men and Masculinities, and introductory sociology courses. He loves teaching and tries to teach classes that create possibilities for students to live more engaged and fulfilling lives.

Haenfler’s research focuses on how people engage in social change as participants in subcultures and loosely organized social movements. Since most people do not consider themselves “activists,” he is interested in how they create changes in their own lives that reflect their values and how they believe that these individual actions add up to social change. Along with his colleagues he developed the concept of “lifestyle movement” to explain ongoing, diffuse change efforts seeking cultural (rather than policy) change, enacted largely in daily life rather than the streets. Examples include voluntary simplicity, slow food, locovores, green lifestyles, and abstinence pledgers.

Haenfler writes widely on subcultures, especially punk, hardcore, and straight edge. These scenes profoundly impacted him as a young person and continue to inspire him today. Much of his work addresses the complicated masculinities that emerge in subcultures and music scenes, as well as how young subculturists transition to “adulthood” - work, family, and careers. Ross has been invited to speak on subcultures in Australia, Estonia, Portugal, Ukraine, and the United Kingdom, as well as many places across the United States.

Outside the College, Haenfler chairs the board of Mid-Iowa Community Action (MICA), a nonprofit organization serving children and families impacted by poverty. He has written on misogyny for Salon.com and The Conversation, discussed Bart Simpson on a Slate podcast, and done various interviews on involuntary celibates, or “incels.” Haenfler appeared in a documentary about online misogyny for the Canadian Broadcasting Company and in the National Geographic special “Inside Straight Edge.”

Ross can be helpful to students who

“Sold Out or Bought In? Complexities of the X Swatch as Subcultural Accessory for the Straight Edge Scene.” 2020 Sklar, Monica, Jessica Strübel, and Ross Haenfler.

2012. “Lifestyle Movements: Exploring The Intersection of Lifestyle and Social