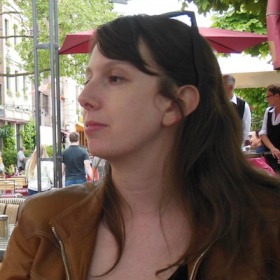 Eiren Shea is Assistant Professor of Art History at Grinnell College, where she offers classes on the arts of pre-modern Asia. Her book, Mongol Court Dress, Identity Formation, and Global Exchange (Routledge, 2020) focuses on textiles and dress of the Mongol Empire in the thirteenth and fourteenth century and investigates how this newly-confederated group from the Steppe conquered the most sophisticated societies in existence in less than a century and impacted the arts of China, West Asia, and even Europe.

Her principle fields of research include arts of the Mongol period, the Silk Road, China, Central Asia, and Persia, with a special focus on textiles. She is also interested in East-West cultural exchange more broadly. Her interest in textiles has led her to pursue research in museum and private collections in the U.S., Canada, Europe, and China. To better study the material she also completed the intensive textile analysis course offered by the Centre International d’Étude des Textiles Anciens (CIETA) in Lyon. Shea was a pre-doctoral fellow at the Center for the Advanced Study in the Visual Arts (CASVA) in Washington, D.C. from 2014-2016.

“The Spread of Gold Thread in the Mongol Period,” Journal of Song Yuan Studies, vol. 50, forthcoming 2021.

“Textile as Traveler: The Transmission of Inscribed Robes across Asia in the Twelfth through Fourteenth Centuries.” Arts Asiatiques, Vol. 73, 2018: 97-112.