On this episode, we talk to George Drake ’56 about the life and legacy of Joe Rosenfield ’25. Drake recently published a biography of Rosenfield, for which he conducted a great deal of research and interviews with Rosenfield's friends and family. An intentionally private man, Rosenfield rarely sought to call attention to himself, except through humor, and when his name could be leveraged to support causes important to him, chiefly Grinnell College and Planned Parenthood. 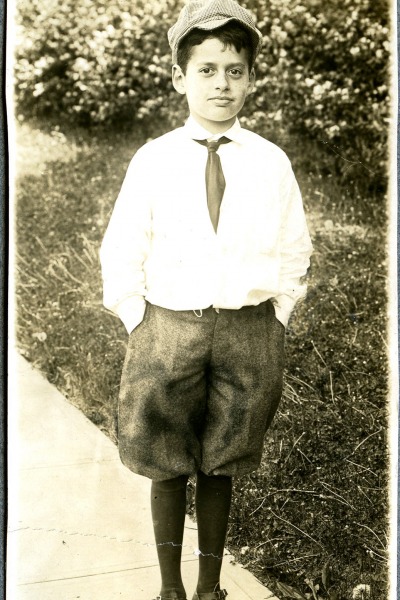 Upon arriving on campus in the fall of 1921, Rosenfield immersed himself into the life of the College, writing for numerous student publications, including The Scarlet and Black, the Malteaser (the college humor magazine), and The Cyclone. During his third year, Rosenfield took over the production of The Cyclone, almost singlehandedly ensuring its successful production. Rosenfield was also an avid fan of pioneer athletics, attending almost every game during his time on campus, and even watching practices and traveling to watch away games.

Enamored with Grinnell, Rosenfield also may have felt particularly welcome in an era when anti-semitism was quite prevalent elsewhere. Excepting a few cases of blatant anti-semitism in school publications, Rosenfield's time at Grinnell was marked largely by acceptance. One of only a handful of Jewish students at Grinnell at the time, Rosenfield wasn't particularly religious, but likely appreciated the welcoming and tolerant atmosphere of many of his fellow students.

Rosenfield attended and graduated from the University of Iowa Law School, and worked for a law firm in Des Moines. He joined the family business, Younkers, through which he was immersed in their culture of civic responsibility.

Humor, generosity, and mentorship marked Rosenfield's life, but he was also a remarkably private person. Rosenfield lost his only son, James, when he was just a teenager, an experience that quietly shaped much of his life, according to Drake, causing him to seek out mentoring relationships in other parts of his life. 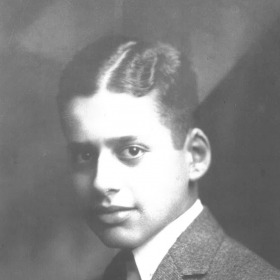 Although Rosenfield's impact on the College goes far beyond his investing acumen, his work in securing the College's future through increasing its endowment cannot be understated. When he joined the Board of Trustees, Rosenfield estimated the endowment to be worth less than $100,000. The College had been consistently borrowing money just to meet payroll, and World War II presented more challenges with reduced enrollment. Rosenfield slowly but surely began the process of building the College's endowment, and through a series of smart investments, he shepherded the endowment to an almost impregnable level. At the College today, his legacy is felt most strongly through the endowment, and his legacy has touched the lives of so many Grinnellians, past and present, and will continue to do so for years to come. The Rosenfield Program in Public Affairs, International Relations, and Human Rights was created in Joe's honor, and there are countless other programs at the College that are marked by his legacy.

Outside of Grinnell, Rosenfield was extremely active in various Des Moines projects, democratic politics, and Planned Parenthood. Rosenfield's sister, Louise Noun ’29, was an impressive woman in her own right. Although she often felt overshadowed by Joe as a child, Louise lived a remarkable life.