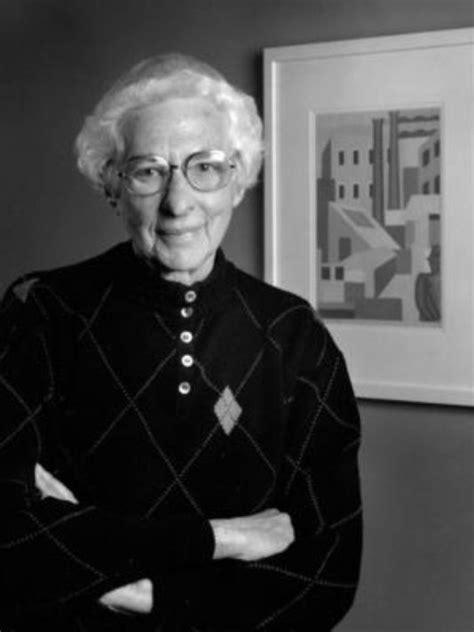 A native of Des Moines, Louise Frankel Rosenfield Noun graduated from Grinnell College in 1929. She then completed a master’s in art history and museum management at Harvard University (then the gender-segregated Radcliffe College).

Louise Noun was a formidable figure in Iowa politics. She served as president of the ACLU of Iowa from 1964 to 1972, championing important causes that advanced civil rights in the state. Most notably, she financed the 1969 Tinker v. The Des Moines Independent Schools lawsuit, which reached the U.S. Supreme Court and became a landmark decision for student rights. Noun also served as a co-founder and president of the state’s chapters of the League of Women Voters and the National Organization for Women, was a charter member of the Iowa Women’s Political Caucus, and was a vocal advocate of women’s issues within the Iowa Democratic Party. In 1989, she founded the Chrysalis Foundation, a Des Moines-based organization that works to empower, educate, and support Iowa’s girls and women. Noun was inducted into the Iowa Women’s Hall of Fame in 1981, and received numerous state and national awards for her philanthropy, contribution to the arts, and feminist activism.

In addition to her social justice activism, Louise Noun authored four books on the history of women and feminism in Iowa:

She also wrote an autobiography, Journey to Autonomy: A Memoir (1990). Noun also was committed to preserving the history of women and women’s activism in Iowa. With Mary Louise Smith, the first woman to chair the Republican National Committee, Noun co-founded the Iowa Women’s Archives at the University of Iowa. In order to fund the new archive, Noun sold from her own collection Frida Kahlo’s 1947 painting Self-Portrait with Loose Hair at Christie’s New York for 1.65 million dollars. She later bequeathed her collection of 200 works of art by women to the Des Moines Art Center.

Noun committed suicide in 2002 after many years of struggling with the hidden toll of chronic pain. Even her death was an act of civil disobedience, as she sent her suicide note to the Des Moines Registrar to be printed alongside news of her death. Noun was determined to die with dignity and grace, in control of her final days.

Her legacy is honored through a variety of capacities in the state. Since 2004, The Iowa ACLU has given the Louise Noun Award to honor individuals who have advanced the cause of civil liberties in the state. Past recipients include the former Iowa Supreme Court justices who ruled in favor of same-sex marriage, the plaintiffs in that case, Joe Enriquez Henry, State Director of the Iowa League of United Latin American Citizens (LULAC), prison reform advocates, and others. In 2017, the Des Moines’ Young Women’s Resource Center, which Noun co-founded in 1973, opened the Louise Noun Library in order to share Noun’s personal collection of books with future generations of young women. In 2018, the Des Moines Art Center curated an exhibit, “In the Spirit of Louise Noun.” This is just a sampling of the ways Noun is memorialized and honored throughout the state.

In 1985, Noun’s brother, Joseph Rosenfield ’25, established an endowment in her name at Grinnell College. The endowment provided funds for a named chair as well as programming to support feminist activism and scholarship on campus. The Louise Noun Program in Women’s Studies and the Noun Professorship were instrumental in bringing women’s studies to Grinnell. Noun and her family were very proud of the role she played in this transformation. Indeed, the first line of her obituary read: “Louise Rosenfield Noun, 94, a Grinnell College graduate for whom the College’s program in women’s studies is named, died Saturday, Aug. 23, at the Iowa Jewish Senior Life Center in Des Moines.” Grinnell College is thus forever linked in memory and actuality with a woman whose life service embodied the very dedication to civil liberties, social justice, and progressive activism that is at the heart of the College’s mission.

The Louise Noun Chair in Women’s Studies was first held by Mary Lynn Broe, who served more as a program administrator than a full-time instructor from 1986-2002. After Broe’s departure from the College, the chair remained vacant for a decade. In 2012, then-Associate Professor Astrid Henry was installed as the second holder of this honor, and the chair was renamed the Louise R. Noun Professor of Gender, Women’s, and Sexuality Studies to reflect the changing nature of the discipline and program. In 2017, after a medical leave, Henry stepped down from her full-time position at the College. Professor Tamara Beauboeuf-Lafontant now holds the Noun Chair.