In this episode, we talk with Shafiq Khan, founder and CEO of EMPOWER PEOPLE and 2019 winner of the  Grinnell College Innovator for Social Justice Prize, discusses how he became involved in the fight against bride trafficking, his vision for the organization, what he has learned from working with survivors and other feminist mentors, and the significance of the Grinnell Prize to their mission.

EMPOWER PEOPLE works “to develop community support and solidarity among trafficked brides living with their ‘husbands’ and children in destination.” By organizing village communes managed and led by survivors, EMPOWER PEOPLE works to address the root causes of bride trafficking. The communes, in addition to facilitating regular community conversations, provide career development training for the women where they come together and build solidarity with other women.

Because of its unique approach among anti-trafficking organizations, EMPOWER PEOPLE is a perfect match for the Grinnell Prize. Unlike most grant money, the Grinnell Prize does not stipulate how the winner and organization can use the prize money. Khan has received very little financial support in the form of grants because many grant programs seek to control the terms of the organization’s work. Because EMPOWER PEOPLE’s work is dictated by the survivor leaders and their evolving vision, adhering to the requirements of grant money is often impossible.

Survivor leaders will decide how the organization’s prize money is utilized, but Khan foresees equipment purchases for the organization, including a car to use for rescue operations. Currently, they often use rental cars, which can be unreliable. As for Khan’s half of the prize, he plans to create a company that would market goods produced by survivors.

Khan has been on campus all week, his first time outside of India, and he’s been soaking up all Grinnell has to offer and interacting with the College community, sharing his unique insights. There have been a number of events for Prize week, but Khan has also visited classes and spent countless hours sharing meaningful conversations. 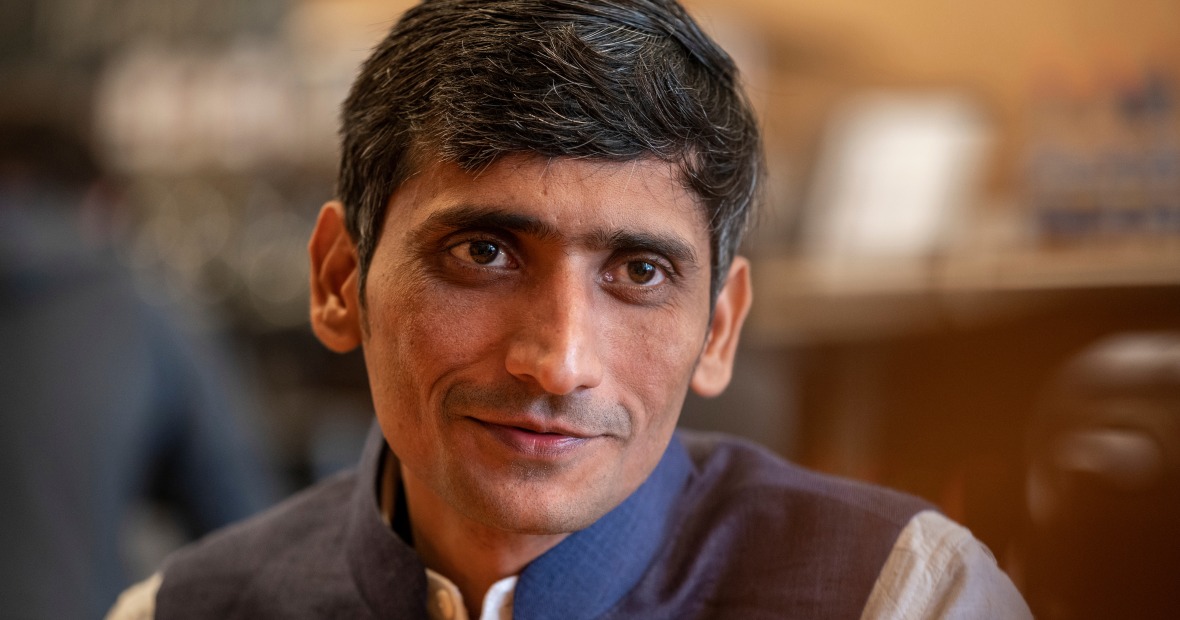 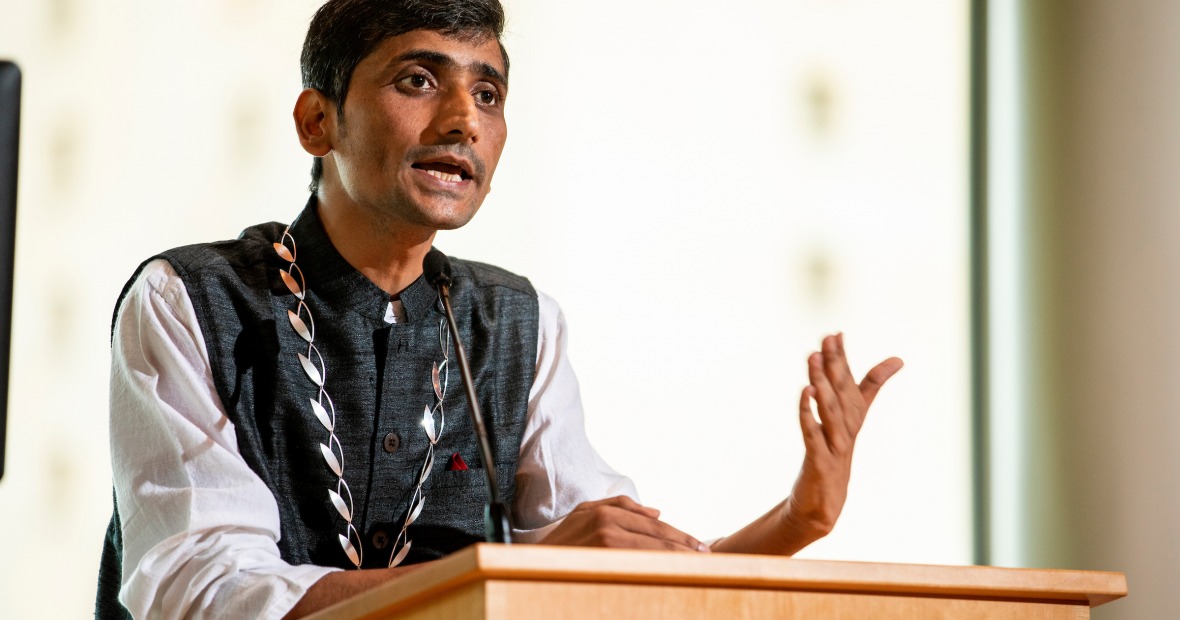 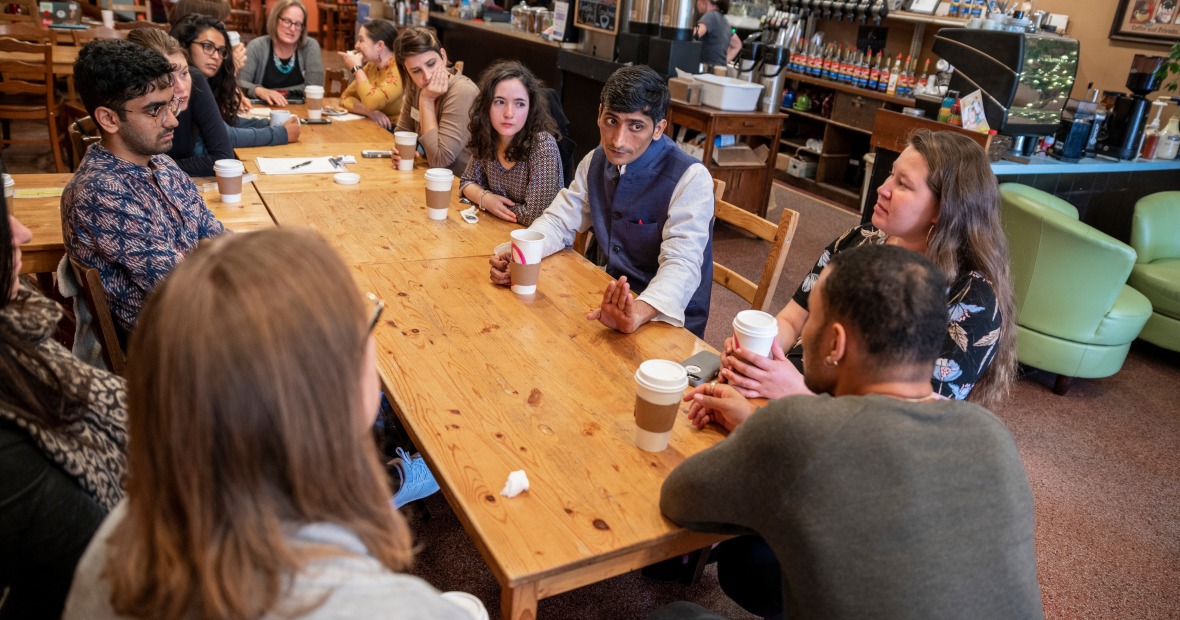 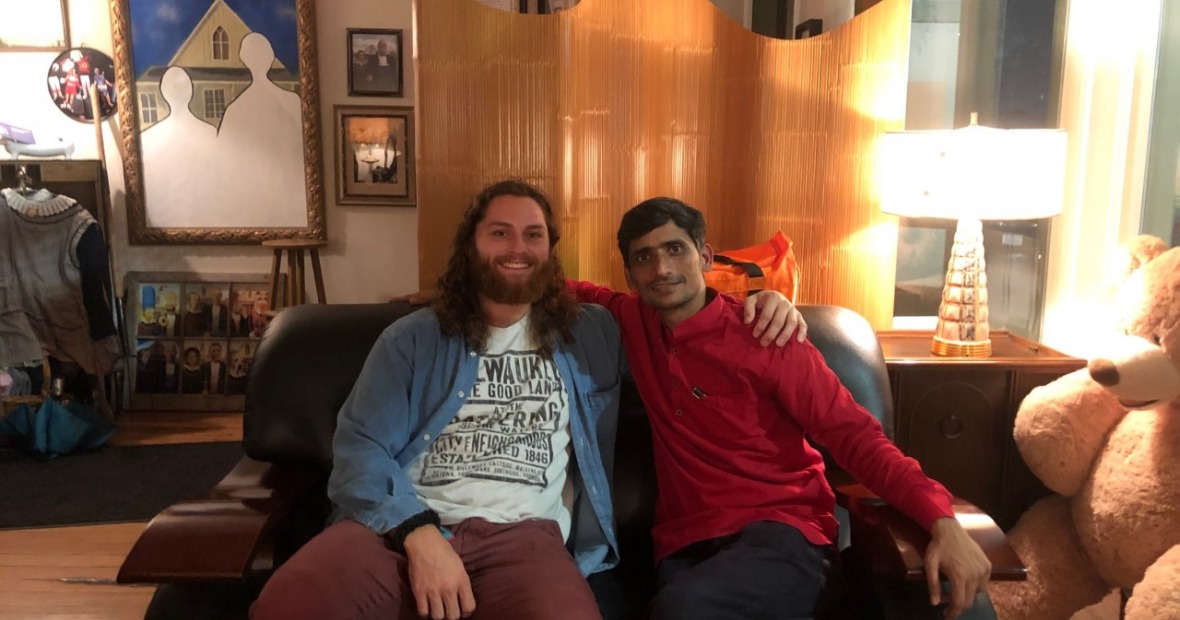