Over the course of three sessions from November 2019 to January 2020, Adjaye Associates embarked on a ‘deep dive’ into the social and cultural climate of Grinnell as it relates to the new Downtown Student Residence (DSR) building project. The objective of the Listening & Discovery Phase was not directly architectural; the deliverables from this process do not include a sketch or renderings of an initial design proposal. 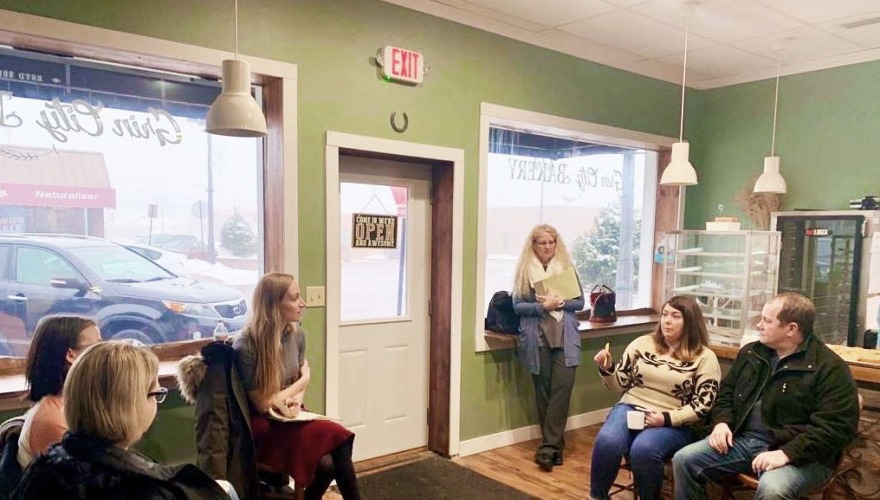 As outlined within these pages, the outcome of this fact-finding mission is a series of recommendations with regard to program, process, and the legacy of the building. We were guided by the following questions: 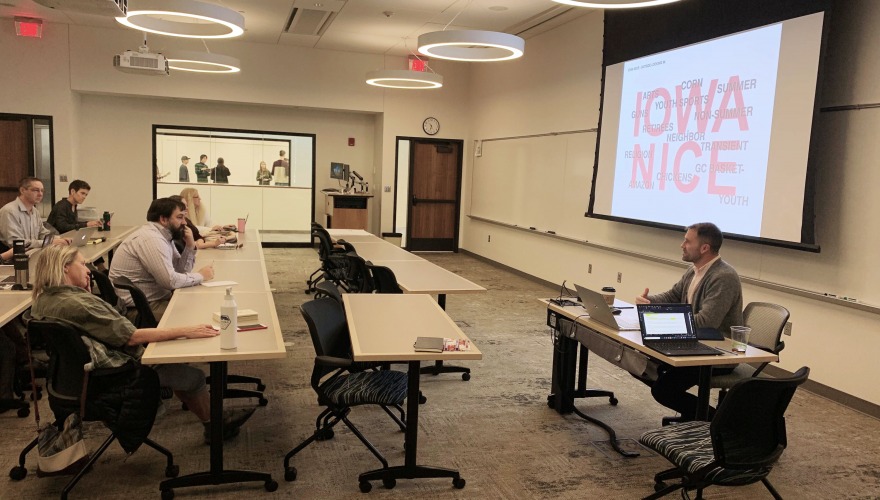 In the first session, we intentionally siloed each group to explore how Grinnell is perceived through the eyes of its diverse population. Through cognitive mapping exercises and open dialogue, we came to understand the institutions and destinations that define the town and, in many ways, came to understand what is most sacred to Grinnell’s identity and longevity.

In Session 2, we prompted a more challenging conversation by unsiloing the groups and prompting participants to define what “Iowa Nice” means. This became a jumping off point to better understand the layered history of both division and unity that seems to define Grinnell’s past and current climate.

Our final session concluded with ‘open forum’ type conversations in which we initiated dialogue with participants about our initial conclusions.

In light of this particularly polarized moment in American history, we kept returning to the notion of Grinnell as a ‘microcosm’ of the nation. As outlined in our supporting data/visual catalog, and interview excerpts, we identified a series of visible and invisible influences that contribute to a sense of polarity. These forces include but are not limited to issues of national significance such as the sociocultural and economic impact of digital retail (ex: Amazon), and issues such as food security/quality and access to healthcare and education. And, at the micro level of Grinnell, we identified the trajectory of the college and the town have often been or perceived to be at odds.

Based on these observations, we came to the conclusion that we would be doing Grinnell a disservice if we were to propose a singular programmatic purpose (outside of student residences) such as “skate park” or “museum.” Instead, we believe the answer is multi pronged and multifaceted; we propose a Forum – place for convening with the infrastructure to support cultural and intellectual exchange; small businesses; and, equally important, respite and rejuvenation. To encourage a cross pollination of people and ideas requires a nimble multiplicity of spaces and purposes that can be activated at different scales. We envision a new action-oriented community anchor that buzzes just as much in its in between thresholds where happen-stance can facilitate new connections between users from all walks of Grinnell. 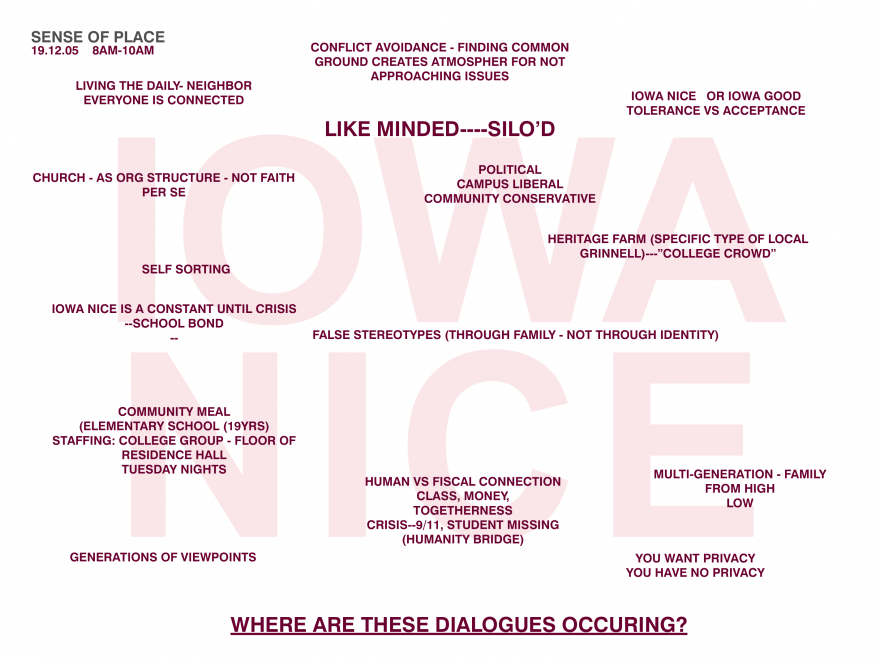 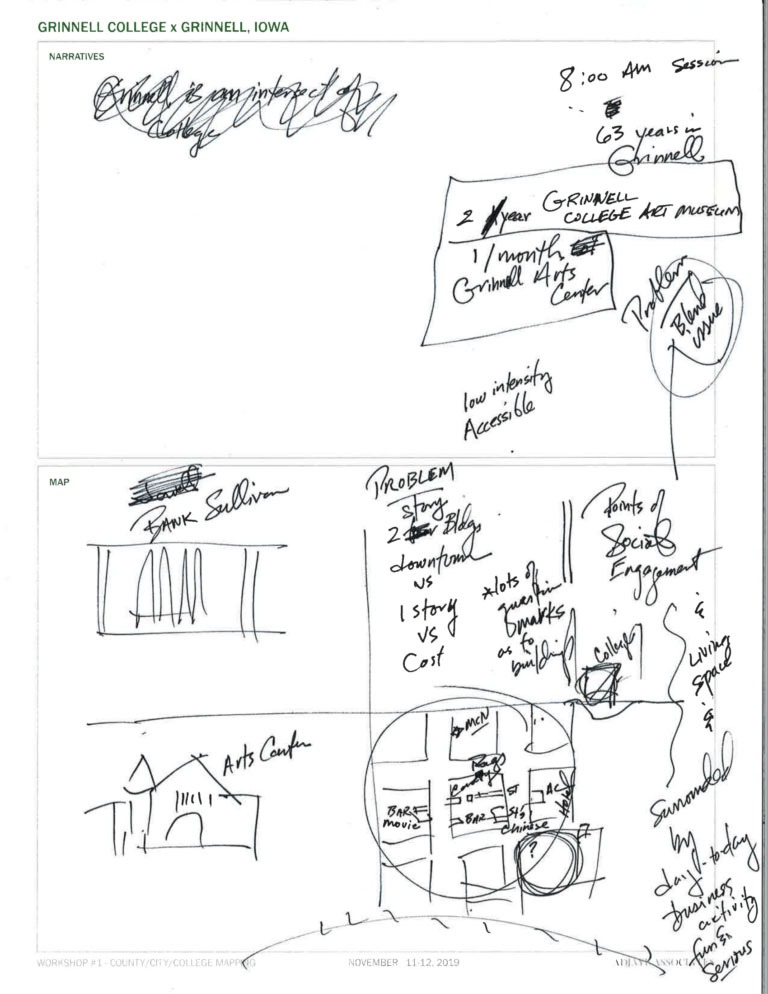 During Session 1 – Identity of Place, we conducted cognitive mapping exercises to identify the most frequented, iconic, or cherished places within the Grinnell community. From the data collected in Session 1 and from subsequent conversations, Central Park was identified as the most frequented and universally enjoyed community venue. It was described as a “neutralizer” and community offering for both respite and programmed activity. 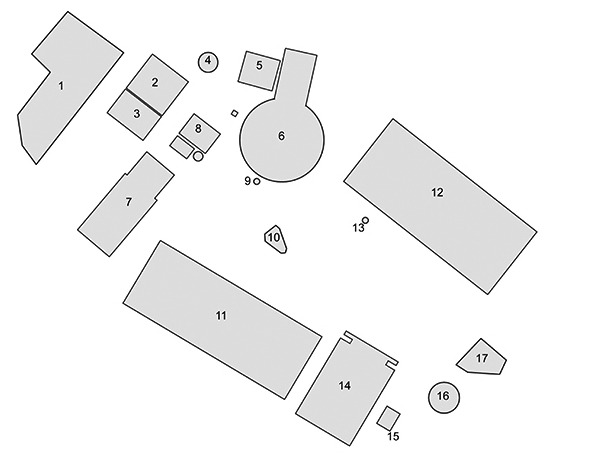 Multiple, open spaces amongst public buildings often form figures that are irregularly shaped. These open spaces create smaller meeting points, as part of a larger network. The experience of walking through the Roman Forum can perhaps be described as meandering through a series of architectural objects, without a finite path.

While typically we define flexibility through the ability to adapt programmatic uses, we suggest a framework for flexibility that would allow interstitial spaces to evolve and adapt over time.  Drawing upon the genesis of the forum concept from the Late Republic Period, we propose a defined anchor point with interstitial spaces that can evolve both architecturally and programmatically throughout the building’s life span. This enables the common space itself to become the central nucleus responsive to and in dialogue with offshoot, transitional spaces. This establishes approachable gateways from both college to town and town to college. 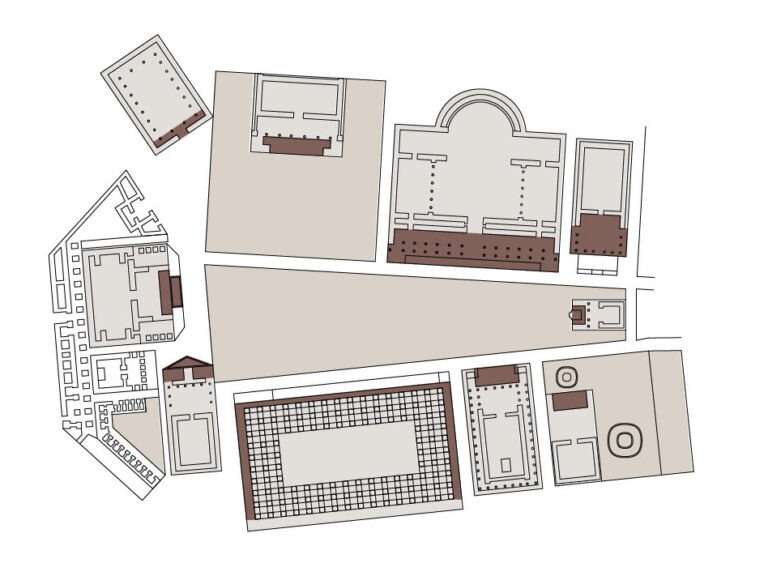 By and large, the anecdotes we heard about Central Park focused mainly on sentiment rather than on the built environment (which allows for both programmed and unprogrammed activity). Further, we noted that the park’s autonomy from the college was mentioned by many individuals—both college community and town members— as the defining reason for it being common ground.

The emphasis and common opinion of Central Park surprised us given the period of ‘retrenchment’ during the freezing Iowa winter months. This finding became critical to how we envision the building operating, particularly when outdoor activity is not feasible. As we embark on the design of the DSR, we will consider how the building will function as a Grinnell College sponsored common ground. Further, what tertiary activity can promote cross pollination? 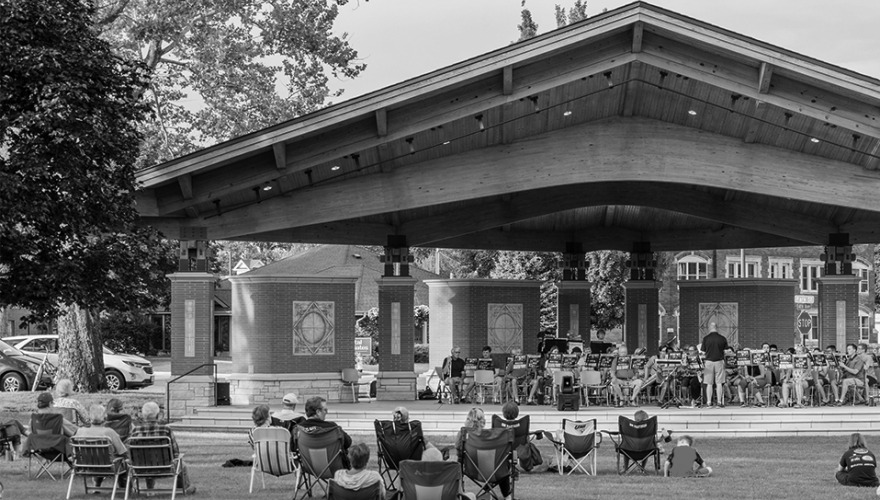 The influx of large scale manufacturing companies has led to micro campuses which provide employees with benefits such as wellness centers and training centers. While this is undoubtedly positive for the employees, the unintended or unconscious effect is an emphasis on inward-facing growth. In contrast, the small business of the town remains more outwardly focused, relying on communal, public space for respite or professional growth outside of work obligations.

While independent entities, they operate as part of a collective, interconnected whole. This is a promising takeaway as it implies the DSR could increase pedestrian traffic and urban activity, creating an informal and extended network for personal and professional growth.