Vida Praitis, professor of biology, Sam Naik ’21, Sarina Kopf ’22, Stephany Dos Santos ’21, and Sarah Weltz ’21 planned to research in the lab together during the summer of 2021. Then the pandemic began and access to the Noyce Science Center and the labs within was restricted.

So, Praitis, Naik, Kopf, Dos Santos, and Weltz did a “dynamic pivot.” Joined by Jasper Yang ’21, whose internship plans were canceled because of the pandemic, they turned to their laptops. Through those laptops, they carried out bioinformatics research to find genes that likely play a role in cell migration during worm development. 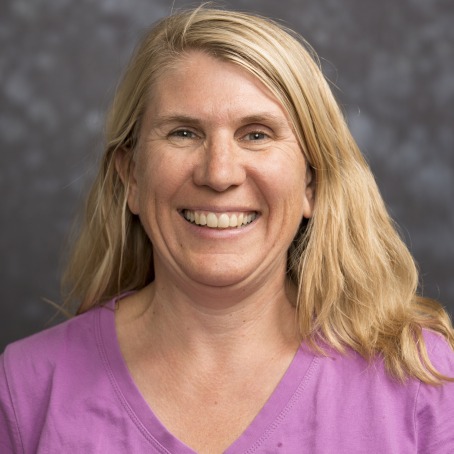 From Worm Cell Migration to Human Cancer and More

Cell migration plays an important role in development and the immune system. Additionally, parts of the cancer process seem to be the reverse of parts of the cell migration process. As a result, “understanding the pathway in one direction, we hope will actually give us information about how that pathway works in the opposite direction during cancer,” says Praitis.

Praitis is not alone in studying C. elegans development. In 2019, Packer et al. published an article in Science that included a database of which genes are expressed, or “turned up or down,” in which cells at different developmental stages. That database was the starting point for Praitis’ teams’ research.

Lighting Their Own Path

In the end, they did answer some of those questions, but the path to the answers was not an easy one. “The students came in with really good skill sets,” says Praitis. Despite that, they had much to learn before they could answer their questions.

The sheer amount of data they had to sort through made their work even more difficult. “The database has tens of thousands of datapoints in it, so even downloading it so we could work with it was non-trivial,” says Praitis.

After downloading the data, they created a list of migrating cells to focus on, which Praitis says “took a lot of patience and perseverance to build.” For each migrating cell, they also chose a nonmigrating cell to use as a control.

Then Praitis’ team “magically” turned the database into a list of genes that likely enable cell migration — magically meaning they spent hours, days, and weeks reading relevant literature, programming, troubleshooting, and doing statistics. Kopf describes this experience: “I felt like I was wandering around in the dark for all 10 weeks of the summer, but I feel like that was a good thing to realize about research itself.”

While wandering around in the dark, they were lighting the path for themselves and for those who will come after them. The methods they used were new and, as a result, their work helped develop and improve those methods, which may even be used in research beyond cell migration.

This work would not have been possible in the lab alone. They were able to study many more genes in much less time than they would have otherwise been able to. Kopf explains this powerful approach: “You can cut [the scientific] process short by doing a bunch of computational work and then hybridizing that with lab work. I think that’s really a cool concept and also where the future is going.”

That research will be the second part of the story and will take place in the lab. There, Kopf will validate that the genes they found are involved in cell migration by observing how mutating those genes affects cell migration.

This pivot was a pandemic silver lining; not having access to the lab made Praitis’ team get creative. In doing so, her team advanced our understanding of cell migration and, therefore, our understanding of development, the immune system, and cancer. As Praitis says, “sometimes it takes difficult circumstances to encourage you to take a leap.”