The McKibben Lecture in Classical Studies was established in 2006 to honor Bill and Betty McKibben who fulfilled a combined century of service to Grinnell College and the wider Grinnell community, spending the greater part of that time as inspiring and beloved teachers, and the whole of it as esteemed colleagues, friends and active members of the intellectual and cultural life of Grinnell. The lectureship is intended to carry on the values that the McKibbens embodied by presenting on campus each year recognized scholars to give public lectures and seminars in Classical Studies. 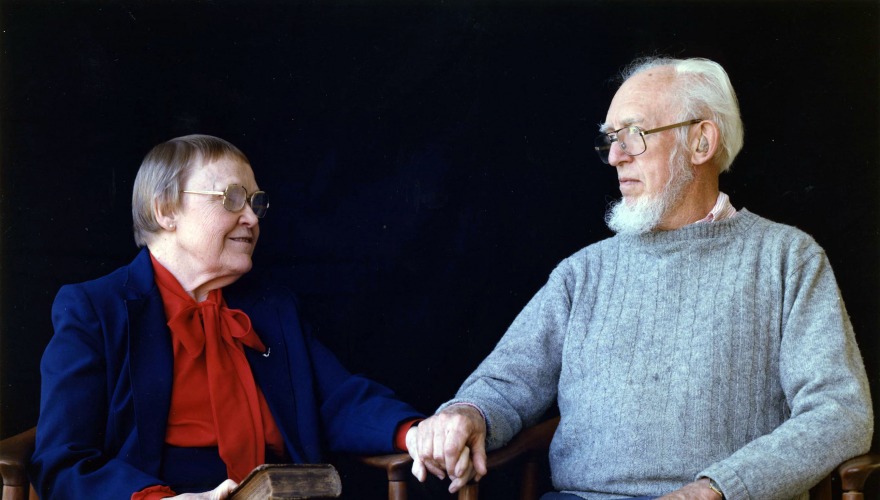 The McKibbens joined Grinnell College in 1952 and were at the time among the rare examples of shared faculty appointments. Between them they taught all levels and areas of Latin and Greek language, literature, and culture. Those who took their courses still swap tales of Betty’s “baby Latin” and Bill’s memorable dicta on every subject imaginable. Whether the topic was the sequence of tenses in subordinate clauses or the social significance of Aristophanes’ jokes, fundamentally the McKibbens taught students what it means to be alive and fully human—not just by precept but also by example. When the McKibbens retired to emeritus status in 1987 they continued to open their home for weekly Greek and Latin sight-reading sessions, when students and faculty sat around the fireplace, enjoyed refreshments, and read unusual works in the ancient languages. The tradition of Reading Group, now in its sixth decade, continues to instill devotees of Greek and Latin with a camaraderie that will remain a treasured souvenir of Grinnell academic life.

The McKibben Lecture was endowed by the generous contributions of friends, colleagues, and former students of the McKibbens, and by the McKibbens' own generous bequest of their home, now a residence for distinguished visiting scholars.