From 1993 through 2015, over 800 students have participated in the GSP pre-orientation program. Thousands of other students have benefited from the curricular and pedagogical changes, as well as from the mentoring relationships that have been established by the Grinnell Science Project.

By promoting student achievement and excellence in teaching and learning, the Grinnell Science Project addresses the issue of increasing the diversity of the STEM workforce using a range of activities, all of which are rooted in intensive mentoring and building a community of scientists (students and faculty alike) that supports persistence in science through and after graduation.

In a survey of alumni who were peer mentors in the Science Learning Center, 87% responded they are currently working in science, teaching, practicing medicine, or in graduate training in those fields.

For all figures: data for all science majors (biology, biological chemistry, chemistry, computer science, general science, mathematics, physics, and psychology) graduating with a BA degree in the academic year ending in the years indicated.  The majors are aggregated by ethnicity and converted to the percentage of the graduates in that period that fit into each category:  White, Foreign National (FN),  African American (Af Am), Hispanic (Hisp Am), Asian American (As Am), Native American (Nat Am), Unkown (Unk), and two or more (2+). 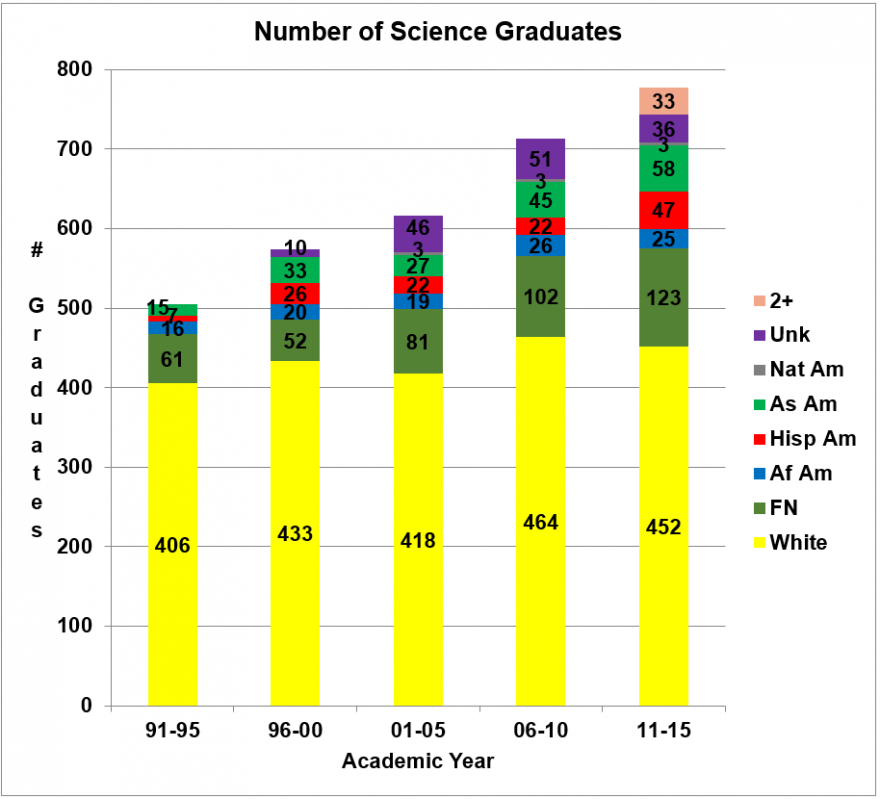 Number of science graduates at Grinnell College for class years 1991–2015. 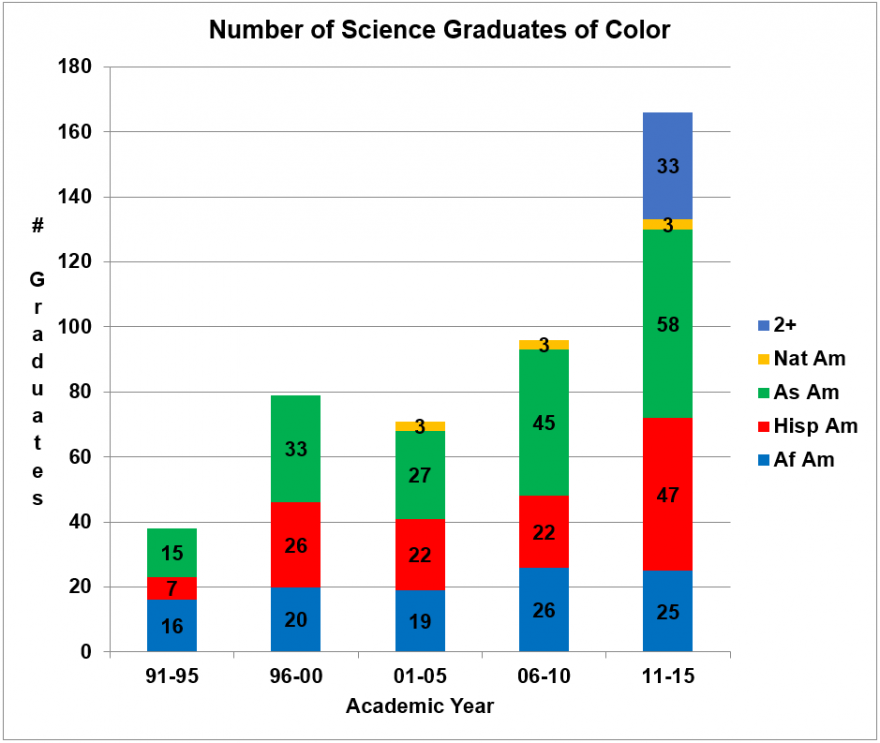 Number of science graduates of color at Grinnell College for class years 1991–2015. 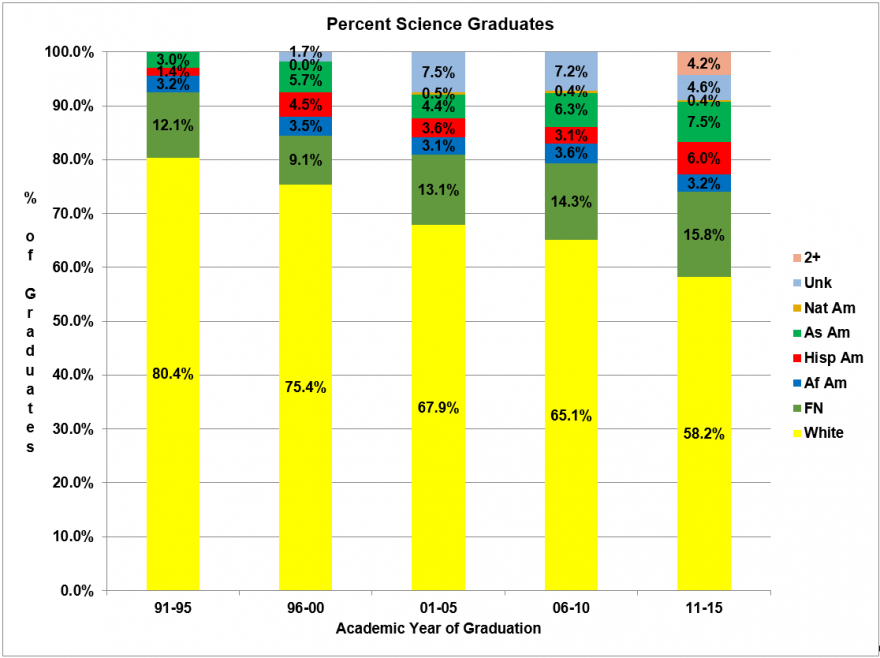