The Grinnell Science Project (GSP) has been honored with a 2011 Presidential Award for Excellence in Science, Mathematics and Engineering Mentoring, administered by the National Science Foundation.

The award recognizes GSP’s efforts to increase the number of students from underrepresented groups who earn degrees in the sciences. GSP was created in 1992 in response to internal studies indicating that students from traditionally underrepresented groups often entered Grinnell with interest in science but abandoned their goals when they were unsuccessful in introductory courses.

“The true winners of this prestigious award are our science students,” said Grinnell President Raynard S. Kington, M.D., Ph.D. “The reputation of the Grinnell Science Project has been strengthened by their individual successes, and collectively by the dedicated Grinnell science faculty who mentor them.”

Outcomes of the Grinnell Science Project include:

“The biggest measure of success is that components of the Grinnell Science Project are now mainstream throughout our science curriculum,” said Jim Swartz, director of the college’s Center for Science in the Liberal Arts. “Grinnell students feel that they are part of a scientific community, we accommodate different learning styles with different pedagogical approaches, and we involve students in faculty research from the beginning of their experience here.”

The Presidential Awards went to 11 individuals and four organizations. Jim Swartz, chemistry, received the Grinnell award at a White House ceremony on Jan. 27, 2011. GSP faculty Leslie Gregg-Jolly (biology) and Mark Schneider (physics) and Dean of the College Paula Smith participated with Swartz in the NSF symposium and presentation activities.

Dean of the College Paula Smith and professors Mark Schneider (physics) and Leslie Gregg-Jolly (biology) met with U.S. Senators Tom Harkin (left photo) and Charles Grassley (right photo) during a week of activities surrounding receipt of the Presidential Award for Excellence in Science, Mathematics and Engineering Mentoring for the Grinnell Science Project. 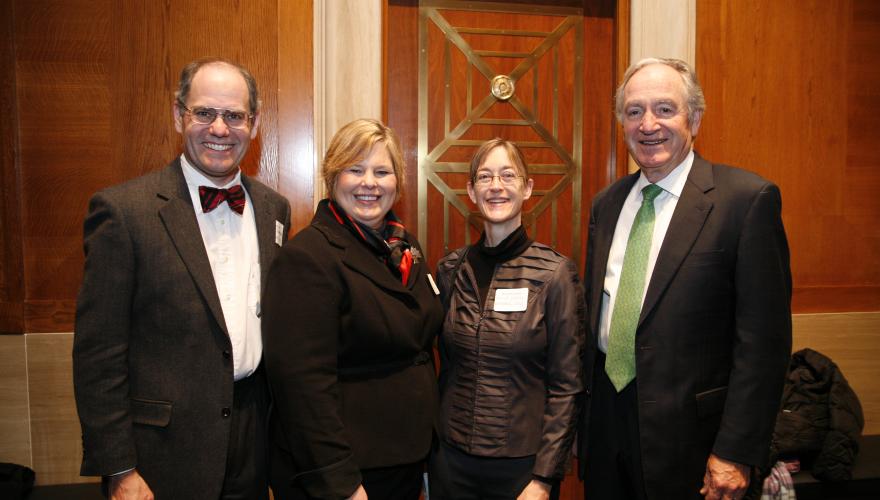 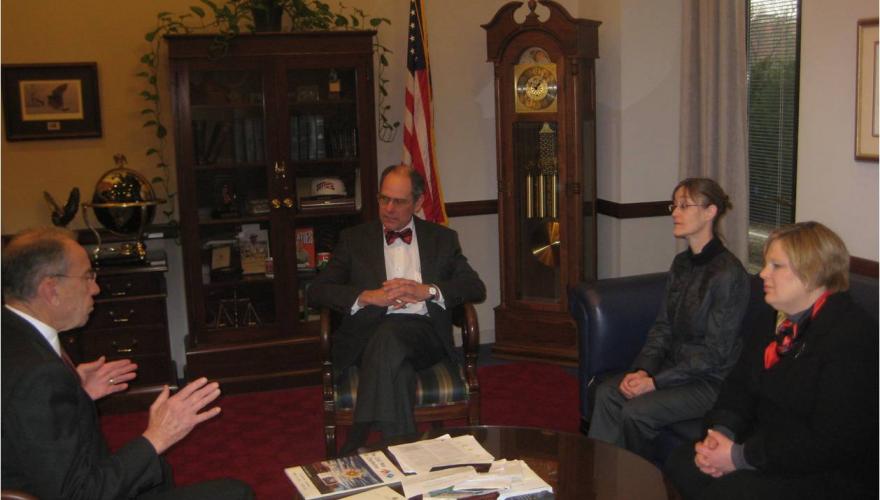 Courtesy of: Offices of Senators Harkin and Grassley