Alumni in the Classroom 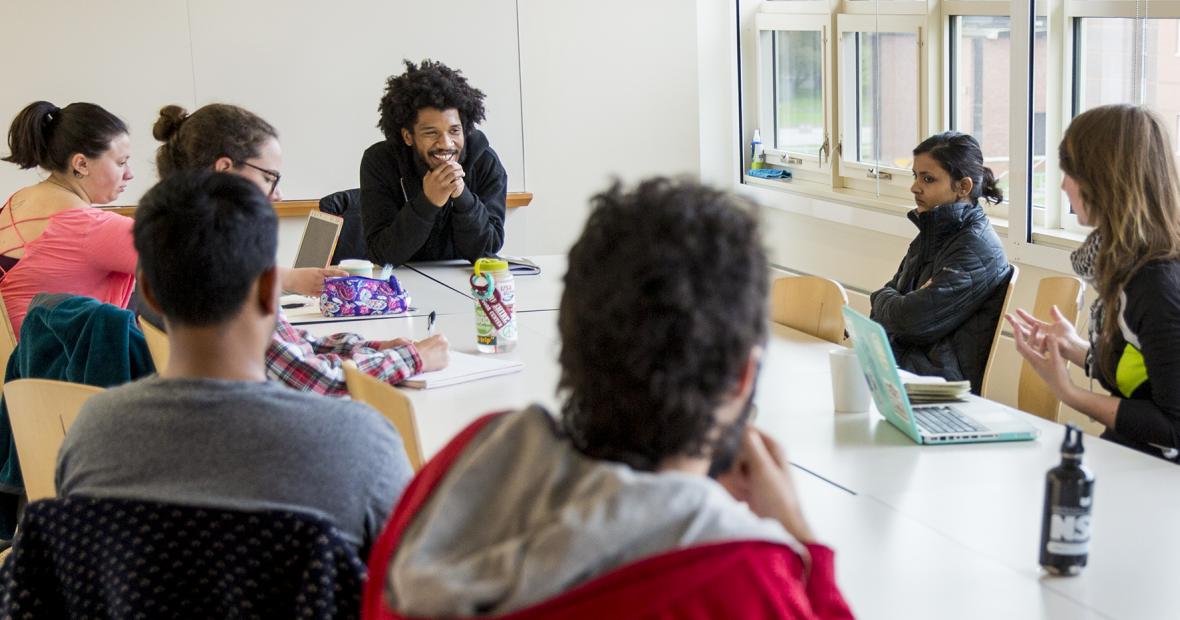 For students in Grinnell’s Introduction to Sociology class, the central question they must ask themselves is this: “How do my own personal struggles fit into a wider public issue, and how can I use sociology to solve that problem?”

“For example, if students are struggling with debt, they need to explore how that is reflective of a larger trend or problem in society,” says Patrick Inglis, assistant professor of sociology. “This semester, I wanted to bring someone in who really exemplifies that ability to make that connection and find solutions to those big problems. And I immediately thought of Damon.”

Damon Williams ’14, who was a sociology and economics double major, is currently a member of BYP100 and the Let Us Breathe Collective, both of which are Chicago-based black liberation movements. Williams worked in a variety of other movements after graduating from Grinnell, including raising money to send gas masks to Ferguson during the 2014 conflict and teaching financial literacy classes to young black men to help alleviate poverty through investment.

“I graduated from Grinnell having studied social media, feminism, black power movements, and other social movements around the world,” says Williams. “When I left, I knew I wanted to be a game changer.”

Inglis was able to bring Williams back to campus to share his experience with current students in sociology and philosophy classes. Williams also met with the student group Concerned Black Students about social media and black liberation, and held jam-packed office hours in the Spencer Grille. His presentation and workshop entitled “Bigger than the Cops: Racialized State Violence and the Movement for Black Lives” was standing room only.

“It was incredibly inspiring to learn from someone directly involved in the struggle against racism on a community level,” says Rosie O’Brien ’16. “His perspective gave me hope for the future of Chicago and the future of global economics more generally, and I learned a lot about the power of community-based movements.”

According to Inglis, bringing alumni back into the classroom is an important way to connect students’ learning to the work they can do after they leave Grinnell. “Alumni are already familiar with Grinnell, and that helps them make a more personal connection with the students,” Inglis says. “They know the real world and the Grinnell world and they can help students bridge those worlds in a way that professors aren’t always able to do.”

Rosie O’Brien is a political science and studio art major from Lawrence, Kansas.