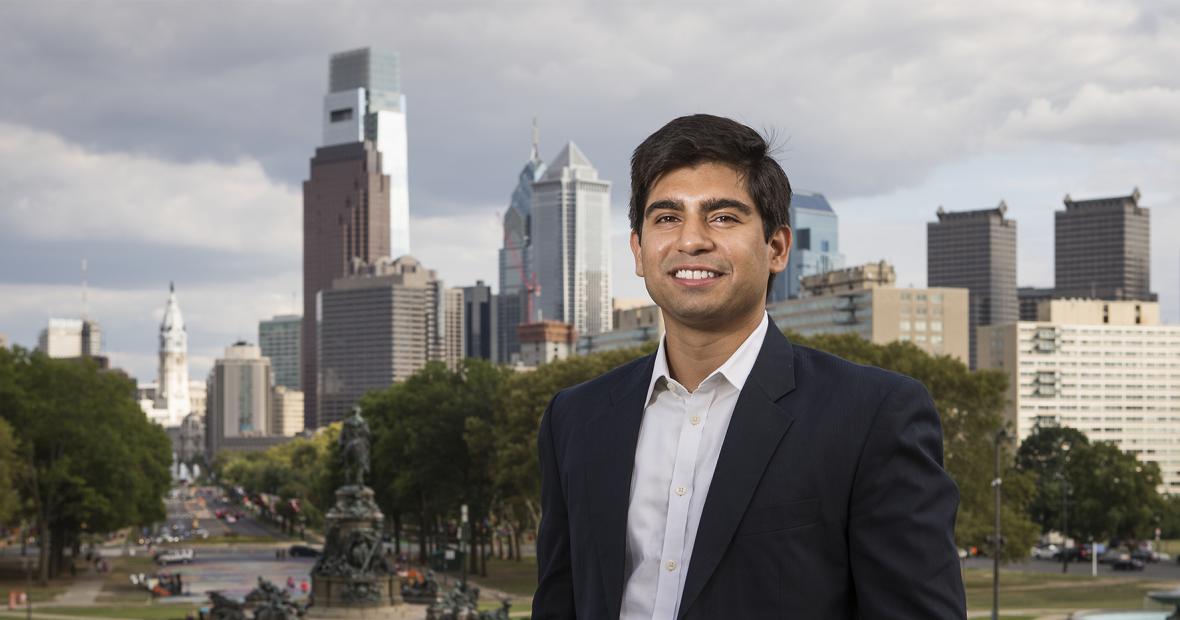 While growing up in Islamabad, boys were encouraged to become engineers and girls to be physicians, recalls Ahsan Rahim ’11. “Everything else was just a waste of time, according to my family.” That’s why he intended to major in physics and math at Grinnell and study engineering through a joint program at Dartmouth College before going to graduate school in engineering.

But as an excuse to live in New York City, he couldn’t resist doing a summer internship in alternative investments for TIAA-CREF through the Grinnellink internship program. The experience surprised him. “I realized I liked the unpredictability of the financial markets.” Even so, he dutifully followed through with his plan to study engineering.

While spending his junior year at Dartmouth “in the cold hills of New Hampshire,” he thought often about how much he preferred the chaos of the trading floor to the order of the instructional machine shop at the Thayer School of Engineering. The following summer in New York, he interned in market risk for securitized products with Deutsche Bank. For him, the experience confirmed that “finance is cool.” He decided to return to Grinnell with a new major: economics.

Until recently, Rahim worked as a portfolio analyst at AllianceBernstein in New York. In September 2015, he started his M.B.A. studies at University of Pennsylvania’s Wharton School.

“Finance isn’t just about numbers and getting the right answers on math problems,” Rahim says about his work. “Finance is as much about the stories as the numbers, and there are often no right answers.”

Take the Japanese auto market, for example. Maybe you see it has a bad day. “People think, ‘Oh, a big part of the auto market is Japanese cars, so demand for cars must be falling, so any supplying car maker will suffer, even a small U.S. auto-parts maker that only supplies U.S. car makers.’ But if you understand the story — that the yen had one poor day, but it was just a one-time event — then you may decide to buy when others are selling.” Emotions and feelings create a story and influence reality; that’s what keeps him hooked.

He credits the interdisciplinary approach at Grinnell with helping him value the interrelation of information, stories, and knowledge. While math skills are a part of his decision-making, principles from sociology and psychology help him factor in the ways fear, greed, and groupthink can dominate fundamentals and logic.

Rahim leads a multidimensional life outside of work and school — a pattern established at Grinnell. “In Islamabad, nobody cared about cocurricular activities; their future was based on their exam results.” But he quickly realized there was more than academics at Grinnell. Besides working on campus 15 hours a week — washing dishes in the dining hall, grading students’ work in calculus, and working in the art gallery — Rahim also volunteered at Grinnell Community Daycare, served as vice president of Mortar Board, was president and founder of the Muslim Student Association, played club and intramural soccer, and served on various committees.

“I had to try it out first. That’s the investor in me that always wants to be diversified.”

Intrigued by Rahim’s mention of the engineering programs at Grinnell? You can take advantage of our formal 3-2 agreements with some of the top engineering schools in America, or, like Rahim, you can request to make arrangements with another institution.