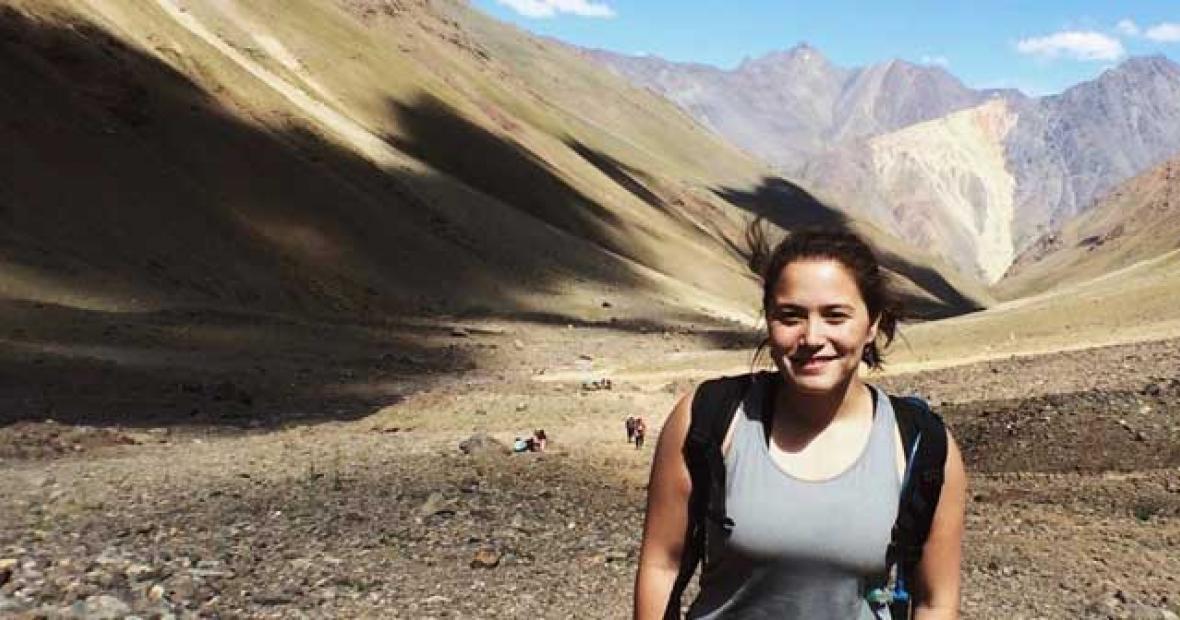 The four were chosen from approximately 1,600 American undergraduates from 355 colleges and universities across the United States.

Crotteau, a political science major from Boise, Idaho, studied in Santiago, Chile, where she lived with a welcoming host family. With her coursework conducted entirely in Spanish, Crotteau says she now feels even more confident in her Spanish abilities and in her plans to pursue a career requiring bilingualism. Gilman Scholarship funds enabled her to travel independently to such destinations as the Atacama Desert in northern Chile and Machu Picchu in Peru.

Kim, a sociology and Spanish major from Bellevue, Washington, studied in Buenos Aires, Argentina. The Gilman Scholarship enabled her to explore not only Argentina but also Mexico, Uruguay, Chile, and Peru — thus compounding the impact of her time abroad. She returned to Grinnell, she says, with deep cultural insights into a wide swath of Latin America.

Rahman, a biological chemistry and French major from Hillsboro, Missouri, studied in Rabat, Morocco, where she lived with a generous Moroccan family. Rahman says she found Moroccan culture to be quite socially progressive, accepting of diversity, and open to difference. She traveled frequently throughout Morocco, exploring other major cities, red-desert towns, and isolated mountain villages.

Song, a media and cultural praxis (independent) major from Bettendorf, Iowa, studied in Prague, Czech Republic. As a filmmaker herself, Song says she particularly enjoyed exploring and engaging with Prague’s rich film history. She continues to reflect on her experiences as a person of color in a different cultural context.

Sponsored by the U.S. Department of State, Gilman Scholars receive up to $5,000 to apply toward their study abroad or international internship program costs. The program aims to diversify the kinds of students who study abroad and the countries and regions in which they study by supporting undergraduates who might otherwise not participate due to financial constraints. Named after retired congressman Benjamin A. Gilman from New York, the program was established by the International Academic Opportunity Act of 2000.

Students receiving a Federal Pell Grant from two- and four-year institutions who will be studying abroad or participating in a career-oriented international internship for academic credit may apply. Eligible students who are planning to study in Africa, Asia, Latin America or the Middle East are especially encouraged to apply.

Students can apply now on the Gilman website for funding for study abroad during the 2017 spring semester or 2017 summer term. Applications are due Oct. 4.