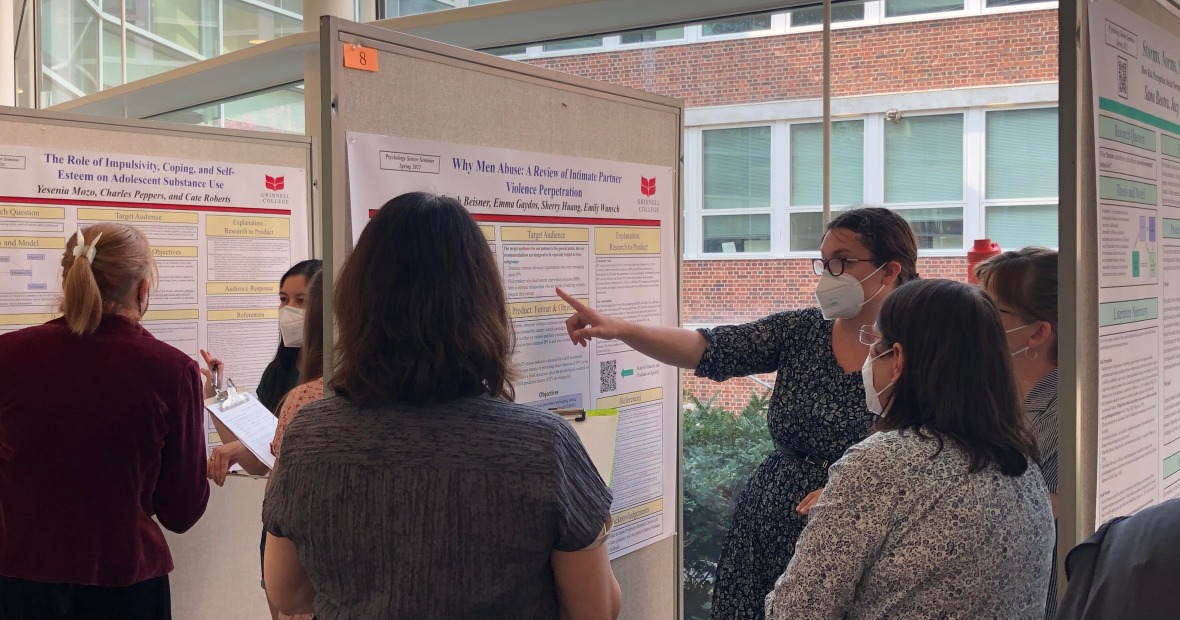 When Sarah Beisner ’22 arrived at Grinnell, she didn’t intend to major in psychology. But her First-Year Tutorial, which focused on human and animal personalities, piqued her interest in the subject and encouraged her to take more psychology courses.

Beisner is interested in children, families, and child development; she was pleased to find that Grinnell’s psychology department offers a variety of classes that approach these topics from a different perspective than she had previously encountered. After putting those classes in her four-year plan, majoring in psychology seemed like the logical next step. 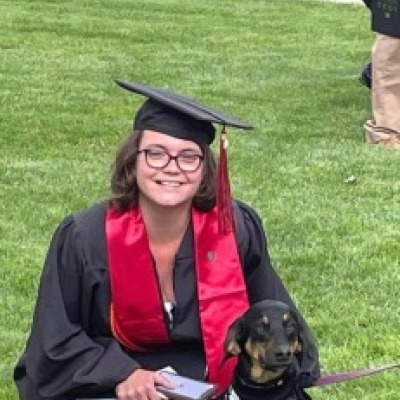 Beisner discovered that she enjoys the research process, which the psychology department incorporates into classes at every level, from introductory courses to higher-level seminars. Students at Grinnell can design experiments, devise analytical strategies, and more in their psychology classes. This type of hands-on learning encourages students to take ownership of the concepts and their own ideas, Beisner says. She believes those experiences have helped her learn how to ask answerable questions.

Beisner was quite a dedicated student at Grinnell. As one faculty member says, “She is the strongest student I’ve ever worked with.” She was also an active volunteer for social justice at Grinnell, including work with Mid-Iowa Community Action, a food pantry in Poweshiek County.

Studying psychology influenced Beisner’s career path. She plans to work as a paralegal for Children’s Rights, a nonprofit that strives to change the child welfare system in the United States. Beisner says that studying psychology improved her critical reading and writing skills and gave her the language to talk about child development scientifically and to articulate her ideas on specific policies.

Throughout her time at Grinnell, Beisner took advantage of the services offered at the Center for Careers, Life, and Service (CLS), where she worked closely with Ann Landstrom, the assistant dean and director of global fellowships and awards. Landstrom encouraged Beisner to apply for the highly prestigious Truman Scholarship, which she received in 2021. Beisner plans to use the scholarship to attend graduate school focusing on public policy.

Beisner says that several of her professors were particularly influential. Professors Laura Sinnett, Cori Jakubiak, and Stephanie Jones were all invested in her success and made a significant impact on Beisner. They took the time to build a relationship with her as a person, not just as a student.

When asked what advice she would give her pre-Grinnell self to make the most of her college experience, Beisner says that the social transition can be the hardest. She would advise herself and other students to stay open and talk with people — friendships will come.