Read Homer, Sappho, and Plato in Their Original Language 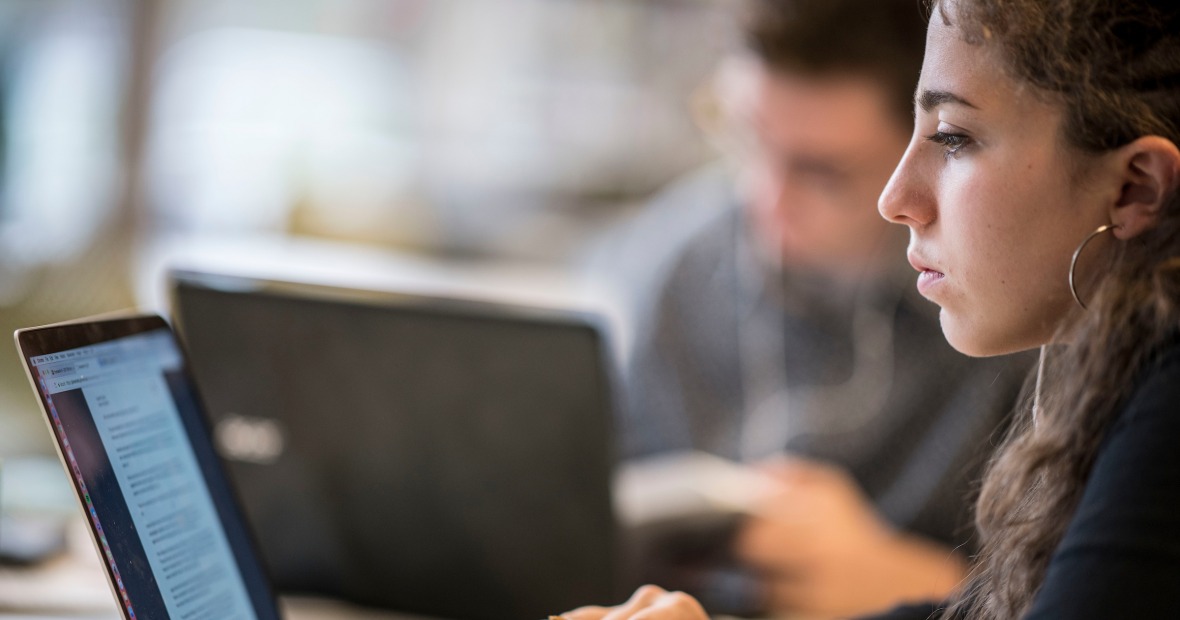 You’ve heard of those famous one-name people — Homer, Sappho, Plato. Maybe you’ve read some of their work in translation.

But what’s it like to study such classics of literature in the original Greek?

For one thing, you won’t learn to converse in the language as you would in a modern language class. Instead, you’ll focus on learning to read, interpret, and enjoy Greek literature.

“I think that reading something in its original text, and not a translation, brings out a lot of the text that can't be conveyed in translation,” says Mai Vu ’21, a biological chemistry major. “I can read things such as Plato and Homer after only having taken Greek for a year.”

“All of this is possible because in Elementary and Intermediate Greek [GRE 101 and 222], we focus on reading rather than on conversation and oral composition,” says Dustin Dixon, assistant professor of classics. “By focusing on reading, students can master that skill much more quickly. To do that, the course is taught entirely in English, and each day, students read Greek aloud (the sound of the language is important), analyze the grammar of a text, and translate into English.”

“It’s challenging, but it’s doable,” says Ellie Gubbrud ’22, who came to Grinnell thinking she’d take all science classes but enrolled in GRE 101 and 222 as a first-year student. She says seeing the difference between what a text says and how it’s interpreted is one of her favorite parts.

“I also love learning the history, the stuff about the ancient world, ancient Greeks, and their society,” Gubbrud says. The globally informed courses are so compelling that she’s thinking of double-majoring in classics and biological chemistry.

In addition to fostering careful analytical thinking, studying Greek also helps students’ facility with English. “This pedagogy has tremendous benefits for students who want to improve their English grammar, because we talk explicitly about the grammar of Greek and English every day,” Dixon says. “The class emphasizes slow, careful reading; and we pay attention to the nuances of a word or of a sentence in order to comprehend the many ways in which a sentence has meaning.”

Taking Greek has helped Vu with the writing she does for her major. Vu, who plans to go to medical school, also can see the value of knowing Greek as she studies the brain in her neuroscience classes.

“I always thought that studying Greek was kind of the highest academic achievement that you could accomplish,” Vu says. “Being able to read Homer and Plato is an achievement I'm really proud of.”