‘You Got it, Dude!’: A First-Year Tutorial About Sitcoms 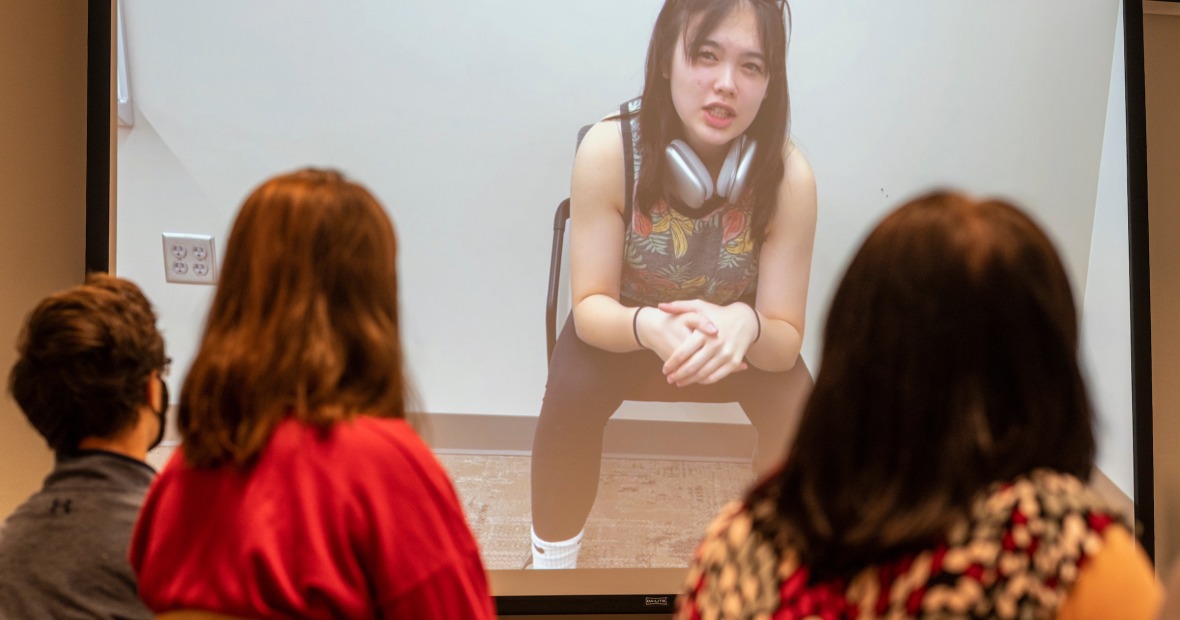 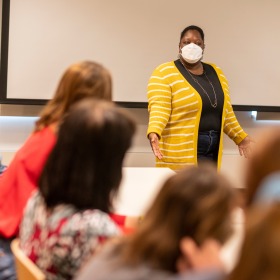 We all have our favorites; The Office, Seinfeld, Modern Family, Friends. But what if you could bring the situation comedies we love into the classroom to discuss and analyze cultural development in the United States?

That’s exactly what Makeba Lavan, assistant professor of English, did with her First-Year Tutorial Course “Sitcoms” in fall 2021.

“I wanted to do something fun, and I have been watching a lot of television since the pandemic started,” says Lavan. “I mean, so many of us were in the house watching Tiger King! I thought the tutorial would be a great way to examine the role that sitcoms play in our lives and cultural development/indoctrination,” says Lavan. “On the surface, sitcoms seem like a light, shallow topic. But TV really is a great indicator of where we are as a society, our values, our taboos. In some ways, they’re time capsules.”

‘Lucy, You Got Some ’Splaining to Do!’

The uniqueness of this and other First-Year Tutorial courses can’t be overstated. As the only required course at Grinnell as part of the individually-advised curriculum, incoming students select one of over 30 classes to take their first semester. With options like “The Pre-History of a Selfie” and “The Ethics of Eating,” it can be difficult to choose just one.

In these classes, first-year students think creatively and critically about the topics and the world around them, and develop communication skills, specifically writing, oral presentation, and discussion. This is where students get their first taste of the academic expectations going forward and learn the skills and resources to take on that rigor. 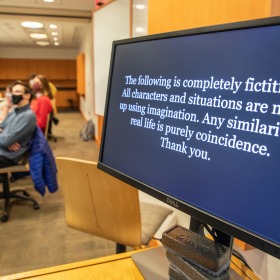 “The tutorial is jam-packed with writing and research support. The students also learn a lot about the college resources, extracurriculars, and off-site, satellite programming,” says Lavan.

Christopher Delgado ’25, a student in the Sitcoms tutorial, appreciates the insightfulness of the course, all thanks to its structure. “It allowed for all students to experience the ‘classics’ of television and engage in discourse.”

Even the decision of which shows should be watched in class made for great discussion. “Coming up with a sitcom episode list seems very straightforward, but because of the various tastes in the class, it resulted in a lot of negotiation. It was extremely engaging to discuss with classmates and negotiate in a way so that your favorite sitcom could be watched and talked about.”

The final project for the course culminates in groups of students pitching, writing, and filming one original sitcom scene.

A screening of the scenes was held on the last day of class. Joined by President Anne Harris, student groups showcased the humor-filled scenarios in their very own original sitcoms. One group even seemed to channel Grinnell, as they featured a small liberal arts college and its unconventional administration.

“Through the process we had to consider some techniques used in sitcoms but mostly we were invited to apply our sense of humor when writing. Different types of comedy were eventually produced, but ultimately everybody was left laughing and grinning as we walked out of our final day of class,” says Delgado.

Check out the entire list of Fall 2021 First-Year Tutorial courses.