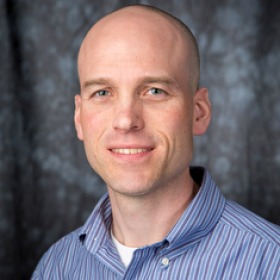 My research focuses on the response of plants to environmental stress at the molecular and biochemical levels, and utilizes both crop and model plant species. Most of my research has centered on abiotic stresses such as exposure to foreign compounds (chemicals, herbicides, safeners) or unfavorable temperatures (heat or chilling). The objective of this research is to determine the fundamental mechanisms that limit the plant's ability to withstand stress, and devise strategies to overcome periods of stress. Many of my projects rely on the use of the model plant species, Arabidopsis thaliana, due to the many research tools and bioinformatic databases available for use with that plant. Most of all, I enjoy research projects that address problems relevant to agriculture.

Heat Stress - I am interested in elucidating the molecular/genetic mechanisms that control the expression of genes important to stress tolerance. A recent study conducted in my lab examined the response of a key photosynthetic gene (Rubisco activase) to high temperature stress. It was discovered that heat stress affects the transcriptional mechanisms that control Rubisco activase gene expression (DeRidder and Salvucci, 2007). Much work needs to be done to examine the hypotheses regarding these mechanisms, and genetically-modified Arabidopsis plants are being produced for future experiments. I anticipate the regular participation of students in this research project.

Chemical Stress - I am also interested in the molecular mechanisms that control the tissue-specific expression of genes involved in detoxification of toxic compounds in plants. Briefly, compounds called herbicide safeners are used in agriculture to protect monocot crop species (maize, wheat, rice, sorghum) from injury by certain herbicides. Safeners do not afford the same protection from herbicides to dicot or monocot weed species. Recent research provided the first compelling evidence that safener-induced organ-specific expression of herbicide-detoxifying genes and their encoded proteins could account for the selectivity of herbicide safeners in agriculture. Future work in my lab will focus on the mechanisms that determine the organ-specific nature of gene expression in response to safeners in both monocot and dicot species.

Chilling Stress - Some of my work focuses on the effect of chilling stress on the growth and development of plants. The production of warm-climate crop species such as maize and cotton are affected by chilling temperatures, particularly at the beginning of the growing season. One mechanism by which plants survive periods of chilling stress is through the induction of antioxidant mechanisms, which serve to protect numerous biological processes vital to plant growth and development. Several studies have examined the antioxidant response in plants exposed to chilling stress later in the growing season. However, little is known regarding those responses during earlier growth stages. I am interested in observing the response of several antioxidant enzyme systems in a variety of crop and model plant species at early stages of development. This research has potential direct implications for agricultural biotechnology.

I gratefully acknowledge support for my research from the National Science Foundation (NSF-RUI 0820877, NSF-MRI 0820756, NSF-MRI-0923422) and from the Grinnell College Committee for the Support of Faculty Scholarship.