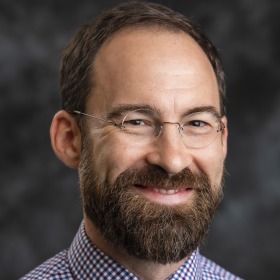 Director, Center for the Humanities

I am a Professor of History and Religious Studies at Grinnell College, where I also direct the Center for the Humanities. I graduated from Vassar College with a degree in political science, an education that still informs my work and my life. I have a Masters in Theological Studies from Harvard Divinity School and a PhD in religious studies from the University of California, Santa Barbara.

I am fascinated by how people in different times and places think about human welfare. What does well-being mean? What sources do people use to answer this question? In the context of community, who gets to participate in discussions or debates about the values and goals guiding collective life?

Earlier in my career, work teaching and research explored these questions in the context of modern colonial and postcolonial Muslim communities. From Egypt to South Asia, I have investigated how the sources and participants in debates about community welfare have changed over time. This has led me to studying the social theories that informed nineteenth- and twentieth-century European colonial reform efforts and the ways modern Muslim communities engaged these ideas and the policies they inspired. My work in this area has appeared in the Journal of the American Academy of Religion, Method and Theory in the Study of Religion, and The Muslim World.

More recently, my exploration of human welfare has broadened to contemporary considerations of the common good in the United States, a shift occasioning more publicly-facing work. Specifically, I am interested in anti-Muslim hostility and its effects on American Muslim participation in public life. Fear in Our Hearts: What Islamophobia Tells Us about America (NYU Press) looks at connections between anti-Muslim hostility and broader histories of anti-Black and anti-immigrant racism in the United States, citizenship and access to public life, the nature of contemporary anti-Muslim sentiment, and efforts American Muslim communities have undertaken to humanize themselves in the face of hostility. The book draws on original data from Mapping Islamophobia, an online digital humanities tool presenting interactive, visualized data on Islamophobic incidents and its effects on the participation of American Muslims in public life.