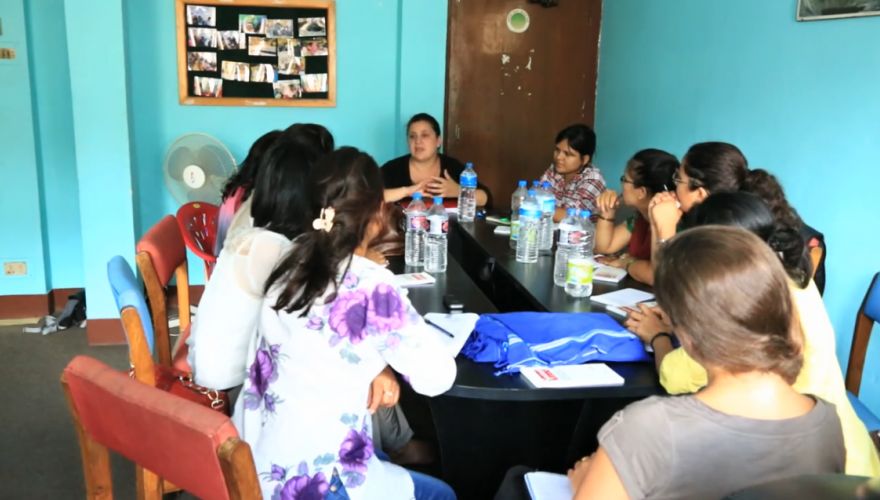 Cristi Hegranes, 31, an award-winning journalist, founded Global Press Institute (GPI) in 2006 at the age of 25. While reporting from Nepal, Hegranes realized that local community members, if trained in responsible journalism, would be able to more effectively tell their own stories than a foreign reporter could. In addition to improving global journalism, Hegranes saw that journalism training could empower women with possibilities of long-term employment and fulfilling careers. As a result of this realization, she created Global Press Institute, initially working in Nepal and Mexico.

Today, Cristi Hegranes teaches journalism and entrepreneurship courses at California State University and continues to lead GPI in its mission of spurring social change through journalism.

Global Press Institute (GPI) works to empower women, improve global journalism, and spur wide-scale social change. After providing journalism training, including literacy and computer skills classes, to women across the globe, GPI employs these women as journalists — empowering individuals and improving the lives of their families. At the same time, GPI also improves global journalism by including the perspective of community members on the issues that impact them, including social injustices in their societies. Today, GPI operates news desks in 25 countries and employs more than 100 women around the world. GPI stories are accessible to over 5 million people monthly and can be found in English on the GPI news wire as well as on UPI, Reuters, and the Huffington Post. GPI stories also appear in local language in dozens of news outlets around the world. Recently, stories written by GPI reporters have been honored with prestigious journalism awards and have helped spur real social change in areas ranging from civil rights to maternal health in countries including Nepal, Zimbabwe, and Rwanda.