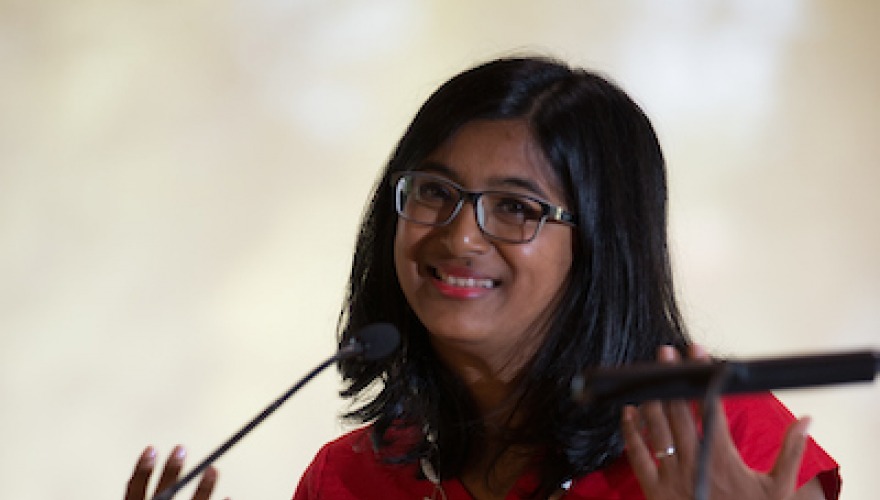 Luna Ranjit '00 is the first Grinnell College graduate to win the Grinnell Prize. In 2005, Ranjit founded Adhikaar to promote human rights and effective social justice work in Nepali-speaking communities in New York City and the United States. Adhikaar works to best understand and address the needs of the growing Nepali immigrant communities through community-based participatory action research. With this data, Ranjit has been able to inform and work collaboratively with other organizations, service providers, and government agencies. Some of Adhikaar's most recent and visible work is the campaign to pass legislation to improve working conditions for domestic and nail salon workers in New York City, which gained national attention and has inspired similar legislative efforts across the country. Ranjit's essential role in that campaign exemplifies her skill in collaborating across constituencies to improve the lives of US Nepali-speaking and immigrant communities as a whole.

Ranjit graduated from Grinnell with her bachelor of arts in economics and global development studies in 2000. In 2006, she received the Joseph F. Wall '41 Award for Alumni Service, which is awarded to two Grinnell College alumni to either jump start or complete a project that shows creativity and commitment to effecting positive social change.