The Inauguration of Anne F. Harris

President Anne F. Harris was inaugurated as Grinnell’s 14th president on Saturday, May 7, at 10:30 a.m. CDT 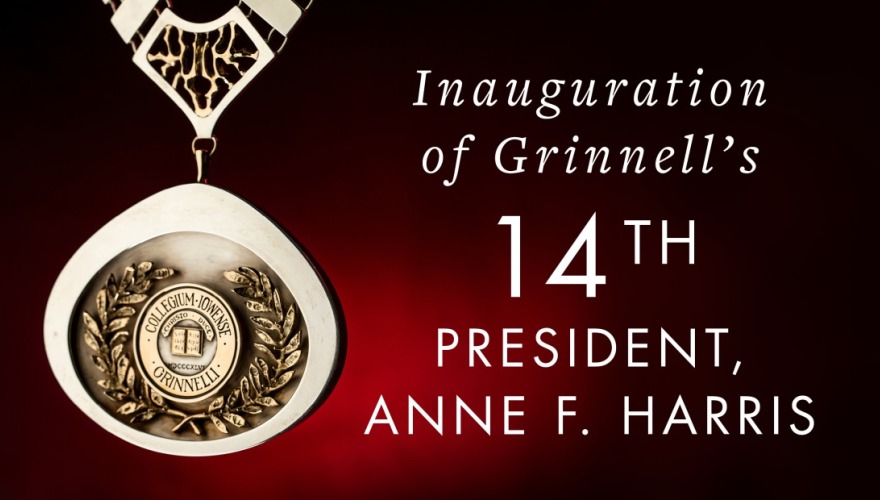 The Inauguration of President Anne F. Harris, held Saturday, May 7, 2022, is complete. You can watch President Harris' Inaugural Address above, or view the full inauguration ceremony.

The Marshals of the Procession

Participants in the Inaugural Ceremony

President Harris wishes to offer a special thank you to her children — Oliver, Iris, and Roman Mackenzie — for their participation in the program as readers.

Read more about the current board members.

Learn more about our retired and life trustees.

Coming in person? You may find the following information useful.

Visitors are welcome on campus if masked. Visit Information for Visitors and Community for the most recent information.

Grinnell College welcomes the participation of people with disabilities. Accommodation requests may be made to Conference Operations and Events, and accessible parking and facilities are indicated on the campus map.

Downtown Grinnell is relatively flat and conducive to walking, as well as close to campus.

Blocks of rooms are being held under “Grinnell College Inauguration” as follow:

Grinnell College’s location in central Iowa makes it an easy drive from any major metropolis in the Midwest. Visitor parking is available on and around campus.