Dean Bakopoulos’ first novel, Please Don’t Come Back from the Moon, was a New York Times Notable Book; he co-wrote and co-produced the film adaptation, which debuted at the 2017 Los Angeles Film Festival starring Jeffrey Wahlberg and Rashida Jones. His second novel, My American Unhappiness, was named one of the year’s best novels by The Chicago Tribune, and his third novel, Summerlong was an independent bookstore bestseller and is now in development as a feature film based on Bakopoulos' original screenplay. His fiction, essays, and op-eds have appeared in Zoetrope, Tin House, Virginia Quarterly Review, Real Simple, The San Francisco Chronicle, The Progressive, The Los Angeles Times, and The New York Times. The winner of a Guggenheim Fellowship, as well as NEA fellowships in both fiction (2006) and creative nonfiction (2016), Bakopoulos is writer-in-residence at Grinnell College and also teaches in the Warren Wilson MFA Program. He is also co-writing the television adaptation of Alissa Nutting's novel, Made for Love, for Paramount Studios.

George Barlow is a poet who earned a Bachelor of Arts degree in English from California State University, Hayward, a Master of Arts in American Studies and a Master of Fine Arts in Poetry, both from the University of Iowa. He specializes in African-American literature, poetry, and teaches Craft of Poetry and the Poetry Seminar most semesters. George is the recipient of a Woodrow Wilson Fellowship, a Ford Foundation Fellowship, and a Graduate Opportunity Fellowship from the University of Iowa. He is now a member of the Board of Directors of Humanities Iowa. He has published two volumes of poetry, Gabriel from Broadside Press, and Gumbo from Doubleday, and is co-editor with Grady Hillman and Maude Meehan of About Time III: An Anthology of California Prison Writing. George has poems appearing in numerous anthologies, including The Oxford Anthology of African American Poetry, The Anthology of American Sports Poems, The Garden Thrives: Twentieth-Century African-American Poetry, Trouble the Water: 250 Years of African-American Poetry, Voices on the Landscape: Contemporary Iowa Poets, African American Literature, In Search of Color Everywhere, Color: A Sampling of Contemporary African -American Writing, Every Shut Eye Ain't Asleep: An Anthology of Poetry by African Americans Since 1945, The Jazz Poetry Anthology, The Best of Intro, New American Poets of the 80s, Giant Talk: Voices of the Third World, Eating the Menu, A Galaxy of Black Writing, and Celebrations: A New Anthology of Black American Poetry. He has published poems in many journals, including The Black Scholar, Caliban 2, River Styx, The Iowa Review, Antaeus, Callaloo, The Beloit Poetry Journal, Nimrod, The American Poetry Review, Yardbird Reader, Big Moon, Obsidian, A Fine Excess: Fifty Years of the Beloit Poetry Review, and most recently, Seneca Review: The Lyric Body. He has had work accepted by theafricanamerican.com, an online literary magazine, and Iowa City's 2006 Poetry in Public Project, through which his poem "Neptune" was printed on posters and displayed in downtown kiosks, on City buses, and in other public places.

John Garrison is the author of four books, Friendship and Queer Theory in the Renaissance (Routledge, 2014), Glass (Bloomsbury, 2015), Shakespeare at Peace (co-authored with Kyle Pivetti, Routledge, 2018), and Shakespeare and the Afterlife (Oxford University Press, 2018).

Professor Garrison’s work appears in recent and forthcoming issues of scholarly journals such as GLQ: A Journal of Lesbian and Gay Studies, The Journal for Early Modern Cultural Studies, Literature/Film Quarterly, Milton Quarterly, and Shakespeare.  He has also published work in more mainstream magazines such as Asimov’s Science Fiction, The Atlantic, The Gay and Lesbian Review Worldwide, and Strange Horizons.

He is currently completing a book on Shakespeare’s sonnets.

Hai-Dang Phan was born in Vietnam and grew up in Wisconsin. He is the author of Reenactments: Poems and Translations (Sarabande Books, 2019) and Small Wars, a chapbook of poems (Convulsive Editions, 2016). His poems, translations, and essays have appeared in numerous publications, including The New Yorker, Poetry, New England Review, jubilat, Prelude, Waxwing, Asymptote, and the Poetry Foundation’s literary blog, Harriet. His poetry has been included in anthologies such as Best American Poetry 2015, The Norton Introduction to Literature  (13th Edition), and the Broadview Introduction to Literature  (2nd Edition). A recipient of the Frederick Bock Prize from Poetry magazine and an Emerging Writers Award from New England Review, he has received fellowships and scholarships from the National Endowment for the Arts, Bread Loaf Writers’ Conference, the Amy Clampitt Residency Program, and the American Literary Translators Association. He holds a Master of Fine Arts in Creative Writing from the University of Florida and a doctorate in Literary Studies from the University of Wisconsin at Madison. He is currently at work on a second collection of poems and a book of essays.

Ralph James Savarese is the author of Reasonable People: A Memoir of Autism and Adoption (Other Press 2007), which Newsweek called a “real life love story and a passionate manifesto for the rights of people with neurological disabilities.” It won the Independent Publishers Gold Medal in the category of health/medicine/nutrition, and a chapter was selected as a “notable essay” in the Best American Essays series of 2004. The book was featured on CNN’s “Anderson Cooper 360” (twice), ABC’s "Nightly News with Charles Gibson,” and NPR’s “Diane Rehm Show.” He is also the co-editor of Papa PhD: Men in the Academy Write about Fatherhood (Rutgers University Press 2010) and of a special issue of Seneca Review entitled “The Lyrical Body” (2010).

He’s currently working on a novel entitled Republican Fathers and a book of poems entitled The World Is a Fine Place. He teaches American literature, creative writing, and disability studies at Grinnell.

Paula V. Smith. Raised mostly outside the United States in a Foreign Service family, Paula Vene Smith attended Interlochen Arts Academy for her last two years of high school. She is the author of two books: Engaging Risk: A Guide for College Leaders (Rowman & Littlefield, 2015) and a novel published in Spanish, Italian, and Russian translations (2010). The Painter’s Muse in English remains available to an interested publisher. Paula has published many short pieces in literary journals, including poetry in Flyway and Red Cedar Review and short fiction in The North American Review and Bellevue Literary Review. Building on years of work in academic administration, Paula’s professional articles on risk management appear in University Business, Risk & Insurance magazine, Inside Higher Ed, and elsewhere. Over the years Paula has contributed to collaborative projects with photographers, composers, and visual artists. In 1996 she joined with Mary Swander, Edward Hirsch, Ray Young Bear, and other poets to write the libretto for “Broken Ground,” a choral-orchestral piece composed by Jonathan Chenette. This commissioned work was performed by the Des Moines Symphony and Grinnell Singers to celebrate the State of Iowa Sesquicentennial. In 2012 Paula contributed a set of poems to the iBook, Texture, by photographer Dan Ferro. More recently an audio recording of her poem, “Summer,” was selected for inclusion in the Telepoem Booth, a national multimedia art installation that repurposes vintage telephone booths in a variety of U.S. cities, inviting members of the public to dial up and listen to a poem. 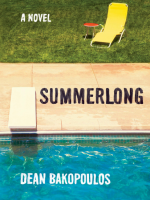 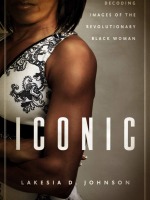 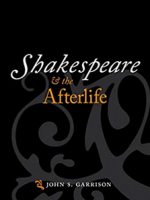 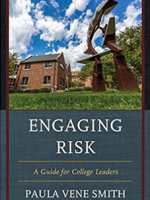 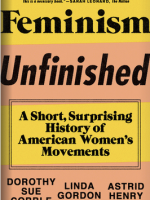 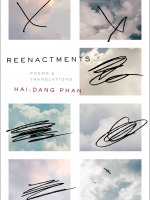 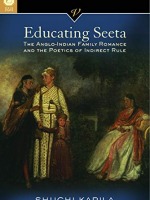 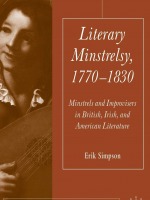 Other Writers among Grinnell Faculty and Staff

David G. Campbell, Professor of Biology and Henry R. Luce Professor in Nations and the Global Environment at Grinnell College, is a scientist, teacher, and author. He began his professional life in the West Indies, as Director of the Bahamas National Trust for the Conservation of Wildlife and as a consultant for the International Union for the Conservation of Nature, in Switzerland. After earning a doctorate from The Johns Hopkins University School of Public Health, Campbell joined the scientific staff of the New York Botanical Garden, spending eight years in the field in the Brazilian Amazon, conducting research on the biogeography of trees and the ethnobotany of the forest people. In 1987 Campbell joined the sixth Brazilian expedition to Antarctica, studying the life cycles of the invertebrate parasites of crustaceans, fish, and seals. He may be the only biologist to have research sites in those antitheses of diversity, the Amazon and Antarctica. After coming to Grinnell College in 1991, Campbell and his students began a long-term research project in Belize on the Maya forest and its people. Campbell considers fieldwork to be an integral part of his teaching, and has taken hundreds of Grinnell students and alums to the New and Old World tropics.

The author numerous professional papers, Campbell is also a writer of literary nonfiction. He is author of four books in this genre: The Ephemeral Islands (1977), a natural history of the Bahama Islands, The Crystal Desert (1993), a reminiscence on three summers in Antarctica (selected as one of the notable books of 1993 by the New York Times Book Review), Islands in Space and Time (1996), an exploration of ten wilderness areas from Palau to Paraguay, and Land of Ghosts (2005), a personal essay on Amazonian diversity, biotic as well as human. Campbell has been awarded a Guggenheim Fellowship, the Burroughs Medal, the PEN Martha Albrand Award for Nonfiction, the Houghton Mifflin Literary Fellowship Award and the Lannan Literary Award for Nonfiction. His current literary projects are The Feral Forest, an exploration of the co-evolution of Maya biophilia and language in Belize, and Cosmic Beachcombing, a personal essay on exploration and discovery set in the cosmodromes of Baikonur, Kazakhstan and Cape Canaveral, Florida.

Kesho Scott is an internationally renowned Diversity Trainer/Consultant, an Associate Professor of American Studies and Sociology at Grinnell College, and an award-winning writer. Kesho was a founding member of International Capacity Building Services, a cultural competency training team that specializes in facilitating both “unlearning isms” and Human Rights workshops as well various seminars and training programs that have been successfully adapted for audiences throughout the United States and abroad.

In over two decades of developing unlearning racism work, Kesho has led hundreds of professional and community-based workshops; she has been keynote speaker for national conferences as well as a participant on several dozen national and local radio debates, discussions and public service announcements.

Grounded in this extensive experience, Kesho developed an “experiential” style of learning for facilitating often difficult and uncomfortable conversations required in unlearning racism and all ISMs. It is a method that helps shift participants’ awareness away from blame, towards a commitment for a personal best, and drives home the necessity to have a personal skill-set toward being actively and personally anti-racist and anti-sexist, rather than remaining merely passive observers.

Kesho's career as a public intellectual and social justice activist has been one of principled public service. Kesho is in the Iowa State University Hall of Fame, won the Cristine Wilson Medal for Equity and Justice, won US State Department Fulbright to Ethiopia, appeared on Oprah Winfrey Show, CNN News, Iowa Public Radio and numerous Iowa NPR Programs as well as traveled around the world, three times, as faculty on the shipboard education program, Semester at Sea.