An Exploration of the Ancient Greeks 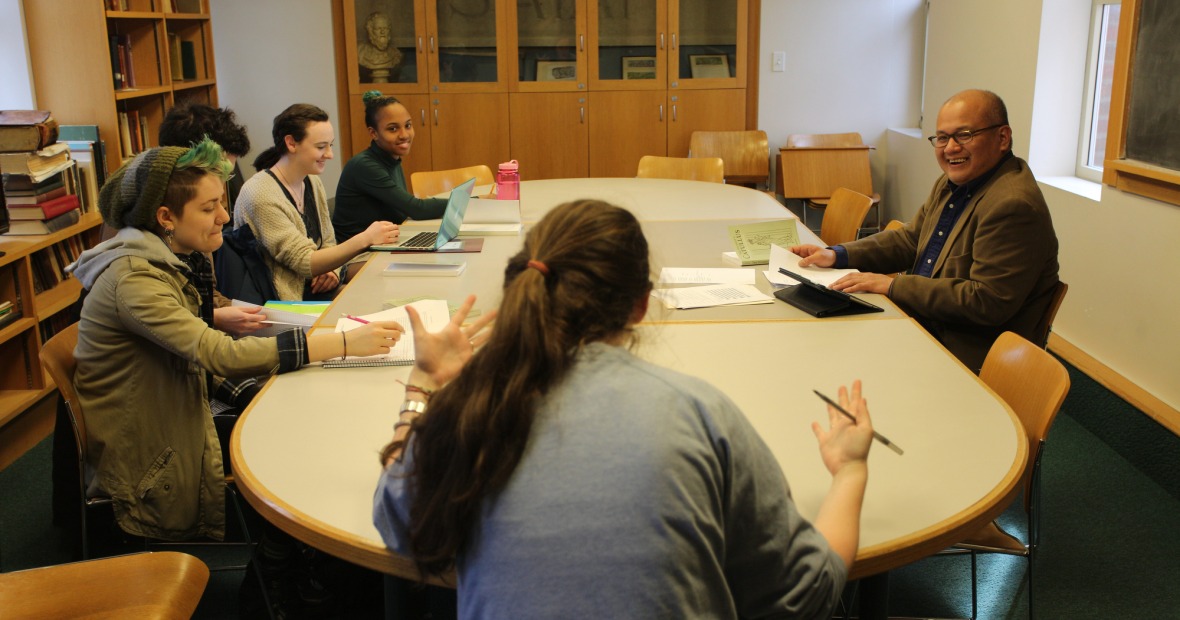 Angelo O. Mercado says his students learn to think about an ancient Greek text using only what’s in front of them.

The Ancient Greek World (HUM 101) serves as a gateway to many other courses across several departments at Grinnell, including classics. As a student in this course, you’ll learn to read and analyze ancient Greek texts closely to extract the implicit from the explicit.

“I frame my approach to teaching ancient material as reverse-engineering,” says Angelo O. Mercado, of his particular version of HUM 101. “The ‘game’ I play with students is — let’s see what we can come up with using only what’s in front of us.” He encourages students to think about what we can we learn about the ancient Greeks from the evidence found in the texts. “I believe that this approach is an effective early step in the long process of education [for] my students to become makers of new knowledge.”

I firmly believe that every generation frames questions differently. Because the learning is always new, teaching must always be renewed. I have never taught the course the exact same way twice.

Through the texts, you will encounter Greek mythology, history, literature, and culture, creating a strong foundation to pursue your specific interests further. Mercado recalls a HUM 101 student who went on to take his advanced special-topics seminar on gender and sexuality in Ancient Greece and Rome. Having learned one approach to the close reading and analysis of ancient texts helped inform their next step.

Students have shared that the course has helped develop their literary-analytical skills and an open-minded approach to the study of literature. They have also gained an understanding of Greek history and can discern implicit arguments within texts that they once might have overlooked. Similar entry-level courses at other institutions pay more attention to contexts than to the texts themselves, Mercado says; HUM 101 is an exploration of how the ancient Greeks approached complex and enduring questions, rather than an introduction to Greek civilization per se.

“I firmly believe that every generation frames questions differently,” Mercado says. “Because the learning is always new, teaching must always be renewed. I have never taught the course the exact same way twice.”

He adds, “In fact, every time I read a text, I discover something I’ve never noticed before.”