Mark Laver, associate professor of music, has received a Franklin Research Grant of $5,000, which will allow him to complete a biography of Phil Nimmons, a Canadian musician, composer and educator known as the "Dean of Jazz." Lavar’s project, “Nufsicisum (Music Is Fun): The Life and Music of Phil Nimmons,” will chronicle the remarkable life of the 97-year-old Nimmons, simultaneously shining a light on an under-studied figure in Canadian music and contributing to a growing literature on the transnationalism of jazz. The grant will allow him to complete archival research and interviews for the book, which he hopes to finish writing in 2022. 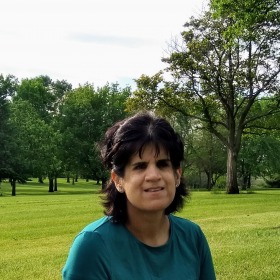 Sejal Sutaria, assistant professor of English, has received a Franklin Research Grant of $5,000 in support of her book project “Making Waves: Britain, India and the Sounding of Postcolonial Resistance.” Sutaria's research explores how Indian, Pakistani and British writers of South Asian descent deployed BBC radio broadcasts and representations of sound in literary texts to confront anti-immigrant racism in Britain in the mid- to late twentieth century. The grant will allow her to conduct research in the British Library Sound Archives, the India Office Collections and the BBC Written Archives Centre in order to complete her monograph.

Patrick Inglis, assistant professor of sociology, has received a Franklin Research Grant of $6,000 to advance his second book project, “Paying It Forward: The Promise and Burden of a Good Education.” Inglis's project is a longitudinal study of Shanti Bhavan, a K-12 boarding school that provides a high-quality education for poor Dalit children in south India. Through this lens, he investigates some fundamental questions in educational philanthropy: What are the wider benefits of educating select numbers of children in poor countries? And how do these children, as they grow into

adults, convert their newly acquired social capital into gains for their families and communities? And how do they navigate the practical and emotional burdens of "paying it forward" while also pursuing their own goals and aspirations? The grant will allow Inglis to conduct ethnographic research with family members and communities of five Shanti Bhavan graduates, building on the years of fieldwork he has already conducted for this project.

Dustin Dixon, assistant professor of classics, has received two grants from the American Philosophical Society (in partnership with the British Academy for Research) and the Loeb Classical Library Foundation to allow him to conduct research at the Institute for Classical Studies (ICS) in London. Dixon's project, "Myth and the Craft of Comedy in Ancient Greece and Rome," deepens our understanding of how ancient cultures engaged with mythology by revealing the extent to which comic plays drew upon--and shaped--the mythological canon. Previous studies have largely focused on other literary forms, such as tragedy, and overlooked the role of comedy. Dixon will draw on both texts and on material and visual culture, using items drawn from the ICS's holdings to show how comedy enriched the ancients' and our own understanding of myth. The comic plays he will study will also help us understand how contemporary audiences encountered these stories as live performances, rather than words on a page.