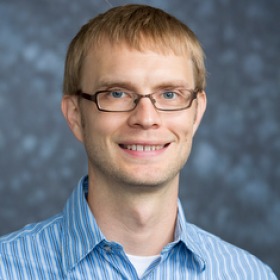 As a Center for Xenopus Research (a fabricated distinction, but it sounds cool), the Sandquist lab uses a combination of molecular, biochemical, and cell biological approaches to study various aspects of cell division in the frog embryo. Not just any frog, mind you. We use that esteemed martyr to scientific progress, Xenopus laevis, the African clawed frog. Frogs are an excellent system in which to study cell division for several reasons, which I will expand on below, but a main one is that the experiments are conducted in a fully intact, vertebrate organism. Thus, we are asking questions about how cells divide in their natural state, with all the normal regulatory systems in place, and the answers we get advance our understanding of this life-defining (too much?) biological process in other vertebrates, such as humans, if you happen to care about them.

View an image of a female Xenopus laevis in a tank with freshly laid eggs.

Recent work in “The Center” has focused on understanding orientation in cell division. What does that mean? Well, imagine a cell dividing in the context of a tissue within an organism. The orientation of the division is consequential because it defines where in three-dimensional space the resulting daughters cells end up. It the cell divides in the wrong direction, the tissue may not form the correct shape. As another example, misoriented cell divisions have been linked to tumor cell metastasis, as dividing one way causes the cells to stay within the plane of the tissue but dividing another way allows one of the daughter cells to escape the tissue and metastasize.

It turns out that the orientation of the mitotic spindle determines the orientation of division. A lot of work has been done to define the mechanisms controlling how spindles are positioned within cells. However, almost nothing is known about how information about spindle position is linked to decisions about the timing of division. In order to explain why such a link is important, I need to back up and explain a bit more about how we study division in the frog.

The developing frog embryos is a convenient system to study cell division because frog embryos naturally develop externally (i.e. not inside a womb) and they are just as happy growing in a dish in the lab as they are in a pond. Further, as the embryo develops an epithelium forms around its outside. Being on the outside, the epithelium is very accessible to live microscopy. In other words, we can take a living frog embryo and put it under a microscope and watch cells divide in real time, in their normal setting. Careful observation of cell division in the frog epithelium has revealed that when a spindle initially forms in a cell its orientation is random. However, over the course of mitosis the spindle undergoes a stereotypical set of movements that ultimately brings it into alignment with its final anaphase orientation (see Larson and Bement, 2017). Anaphase marks the beginning of the end of mitosis. In anaphase the chromosomes are pulled apart by the mitotic spindle, and then the cell is pinched in half between the separated pools of DNA during cytokinesis. Since, cytokinesis occurs orthogonal to the plane of the spindle, in order to ensure that division occurs between the separated chromosomes, the orientation of the spindle at anaphase determines the orientation of the cellular division.

View an image of cell division. Image description: Images of the developing frog embryo. Left image shows a whole gastrula stage embryo as seen under the dissecting microscope. The embryo is approximately 1.3 mm in diameter. Center image is a fluorescence micrograph of the epithelium in a fixed gastrula embryo as seen under a 60x objective with a confocal microscope. Red shows microtubules, green labels spindle poles, and blue marks DNA. The right image shows a magnified view of an anaphase spindle isolated from the center image.

Now, back to this question about the link between spindle position and the timing of cell division. It has long been postulated that if the orientation of division is important, then cells likely have in place mechanisms ensuring that the correct spindle orientation has been attained prior to licensing anaphase onset. The mechanism for how this works in multicellular organisms is not known, though we proposed a model in our recent publication (Sandquist et al., 2018). While this model is conjectural, it presents testable questions. Current work in the Sandquist lab seeks to address these questions and hopefully better define the mechanisms controlling how the timing of cell division is coordinated with attainment of proper spindle orientation in vertebrates.