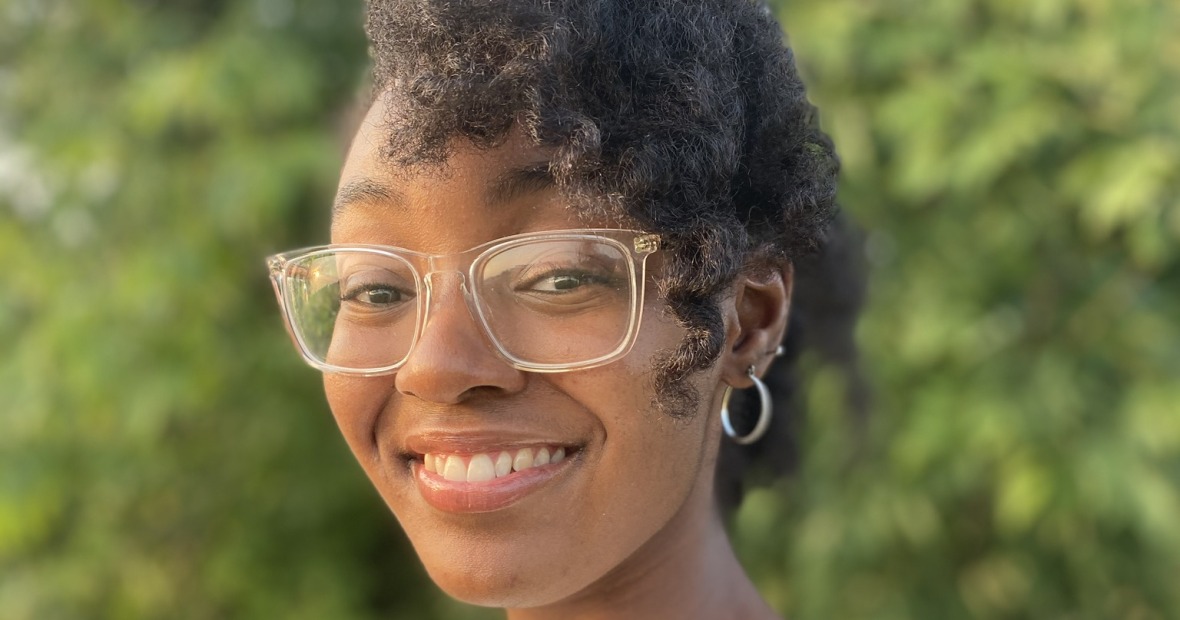 “Sociology greatly influenced my research interests and questions, and the department gave me many opportunities to formulate more complex and innovative scholarship,” Jackson says.

As Ashley Jackson ’18 navigated her studies at Grinnell, she found herself enjoying her sociology classes and how they changed the way she thought about her life.

Jackson, who hails from Matteson, Ill., says she was influenced to study sociology by learning how institutions have shaped her life and the lives of her family. Jackson realized that sociology is about trying to make sense of our lived experience. As she began to understand the discipline’s theories and methodologies, Jackson came to appreciate its people-centered nature. While progressing through her major in sociology at Grinnell, Jackson branched out into other disciplines as well, such as political science, policy, and anthropology. Exploring different concentrations allowed her to take advantage of Grinnell’s comprehensive liberal arts program.

Sociology is about trying to make sense of our lived experience.

Because she appreciated the cross-disciplinary nature of sociology, Jackson decided to go to grad school at New York University (NYU) and further her studies in the university’s Interdisciplinary Studies master’s program. She has since been admitted into the University of Chicago’s doctoral program in anthropology, where she will begin study in the fall 2022.

Jackson says her studies in sociology shaped her research interests and questions, and she was able to take advantage of opportunities to formulate more complex and innovative scholarship. As a promising student of sociology, Jackson was selected as a Mellon Mays Undergraduate Fellow, which encourages diversity on college and university campuses. She says, “Mellon changed my life and offered a tremendous level of support that I will continue to count on now that I am enrolling  in a Ph.D. program.”

Grinnell’s Center for Careers, Life, and Service (CLS) helped Jackson “detangle her thoughts” and design a post-college roadmap that would take her where she wanted to go. Among other things, the CLS staff gave her excellent advice on how to write a solid resumé to present when she applied to grad schools.

Jackson holds several Grinnell faculty members in especially high regard because of their positive influence on her life and studies. She keeps in touch with Professor Emerita of Education Deborah Michaels, whose support helped Jackson win admission to NYU’s master’s program and the University of Chicago doctoral program in anthropology. Associate Professor Kesho Scott’s teaching skills and passion modeled the kind of faculty member Jackson would like to be. Professor of Sociology Ross Haenfler, Jackson’s compassionate and fun adviser, has supported her beyond her years at Grinnell. Assistant Professor of Education Stephanie Jones inspired Jackson with her passion for her work. And as Jackson’s first education course instructor, Associate Professor Cori Jakubiak was the first to see Jackson’s potential as a writer and give her the confidence she needed.

When asked what she would say if she could travel back in time to offer advice to her brand-new-to-college self, Jackson says, “You will transform like a butterfly. Trust the process and be proud of the progress you’ve made.”