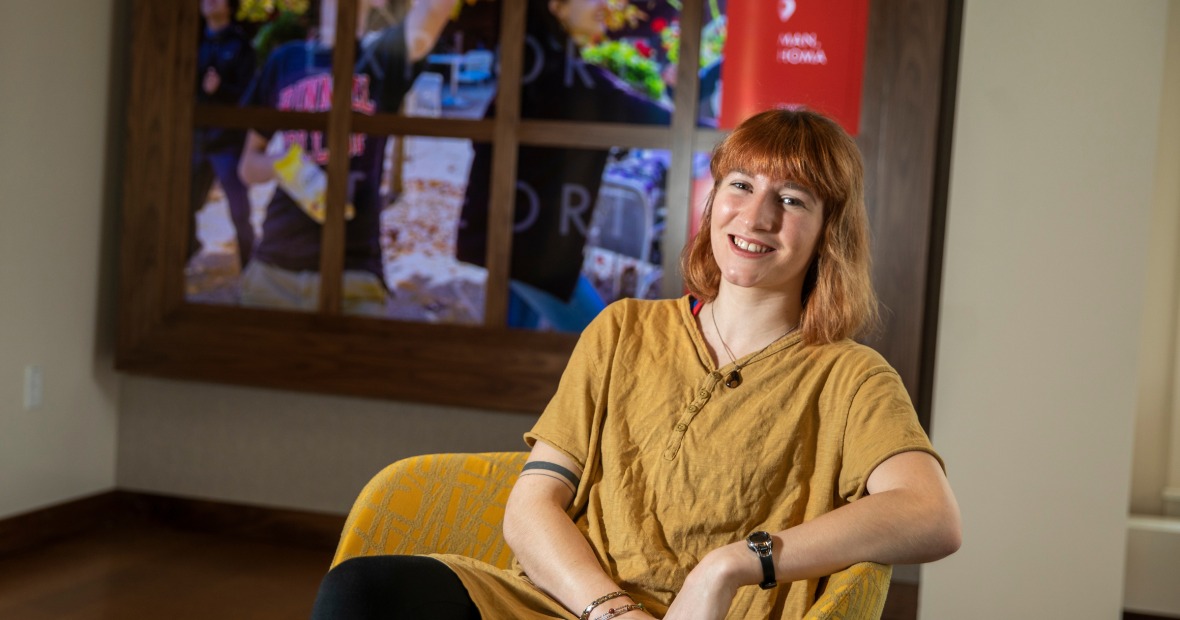 When Grace Lloyd ’16, senior admission counselor, talks to Grinnell prospective students about the value of a liberal arts education, she speaks with heart and with data.

The English and theatre double major chose Grinnell because she was looking “for a campus with lots of clubs, opportunities, and organizations, where diversity is celebrated.

“People here are amazing, accepting, and kind. I’m originally from New Jersey and I quickly learned that ‘Midwest friendliness’ is a real thing.”

Lloyd chose the Technology Studies concentration so she could further explore the technical side of theatre. “I was first inspired by my dad, who has a career in the IT field, but was a theatre major in college himself. Then I heard such good things about Professor Michael Guenther and the Evolution of Technology course that I decided to try it out. I was so impressed with the intro course that I decided to declare the concentration.

“The concentration taught me that technology is interdisciplinary; it’s more than just computer science, it’s literature, music, theatre, and more. I’ve always loved performing, but with the concentration, I learned to appreciate the backstage too —lights, sound, and technical effects. It opened my mind to the history and philosophy behind technology. It taught me to see so much that often is hidden… in TV, in films, on stage, and even in history and the world around me. Technology is everywhere.”

Preparation for a Career That Matters

While a student, Lloyd was a tour guide in the Office of Admission, worked on the Digital Bridges for Humanistic Inquiry project with Erik Simpson, professor of English, and interned at Barcroft Productions in London, England, during her semester abroad. Immediately after graduating Lloyd worked on the Grinnell-based independent film Saints Rest, directed by Noga Ashkenazi ’09.

Since graduation Lloyd has been employed full time in the admission office, where she works daily with prospective students and assists on the technical side of day-to-day office operations and edits the department’s website.

“The tech studies concentration taught me to not be wary of technology. I learned that technology is logical, and it’s everywhere. I’ve enjoyed so much of my experience at Grinnell, but declaring technology studies has opened opportunities to me that I never could have imagined.”