"It’s nice to feel like you’re all out there together.”

Peter knew by the time he went to college that he was interested in political journalism. Peter began writing for the College newspaper, The Scarlet & Black, on his first day, working his way up to news editor his fourth year. His first internship was with the local paper, the Grinnell Herald-Register. A Rosenfield Program-funded summer internship with the Pittsburgh Post-Gazette and semester in Grinnell-in-Washington helped him achieve his dream of writing about politics in Washington, D.C.

“I knew I wanted a small liberal arts college, so I toured a lot of colleges, some on the East Coast and some in the Midwest. I did an overnight stay in Grinnell, and I just really liked it. I liked that it was small, and that professors knew everyone’s name and seemed really engaged and good at facilitating discussion. The people I met were smart and friendly.

“I did look at schools near cities, but it seemed like there was less of a community. I liked that at Grinnell, people weren’t distracted by a city. People stayed on campus and really got to know each other. I’m from Cambridge, Massachusetts, so I have nothing against cities, but I think, for college, it’s nice to feel like you’re all out there together.”

“I actually interned at the newspaper I work at now, The Hill. The internship was really, really great. After I graduated, I came back and applied for a full-time job.

“When I first moved down to D.C. to start my job, I didn’t have a lot of notice. I sent out an email to the network of Grinnell alums who live in D.C. saying that I needed a place to stay starting in two days. I got five or six people who responded, saying that they had an empty bedroom that I was free to use as I started my job and was looking for a place. That was obviously a big help from the Grinnell community that I don’t think you would get from every college.” 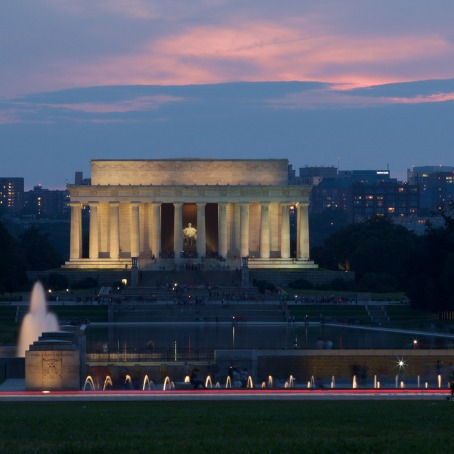 HOMETOWN: Cambridge, Massachusetts
MAJOR: Political science
OFF-CAMPUS STUDY: Grinnell-in-Washington, with an internship at The Hill
EXTRACURRICULARS: Writer and then editor for The Scarlet & Black, Grinnell Debating Union, trumpet player in the Grinnell Symphony Orchestra
AFTER GRINNELL: Internship with the magazine Foreign Policy the summer after graduating; currently writes about health care and politics for The Hill in Washington, D.C.