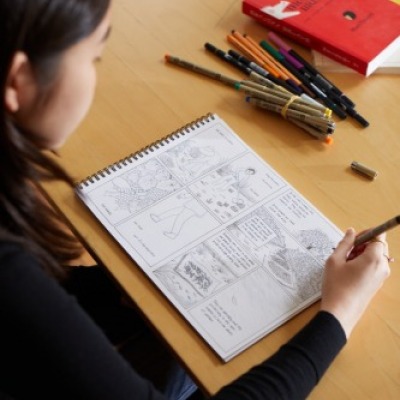 “Coming to Grinnell, seeing so many interesting people organizing and doing different things …, opened me to other ways of thinking and thinking I could do more [creative work].”

Sam Nakahira ’19 says, “For a long time, I wanted to make comics or draw stories, but I didn’t think about it seriously until Grinnell.” “Coming to Grinnell, seeing so many interesting people organizing and doing different things …, opened me to other ways of thinking and thinking I could do more [creative work],” she explains. She began doing more of that work as a student at the College, creating a comic based on her Mellon Mays Undergraduate Fellowship Program research, publishing comic zines in Press, a student publisher, and co-teaching a comics and manga course through the Liberal Arts in Prison Program. She recently graduated with a Master of Fine Arts from the Center for Cartoon Studies. 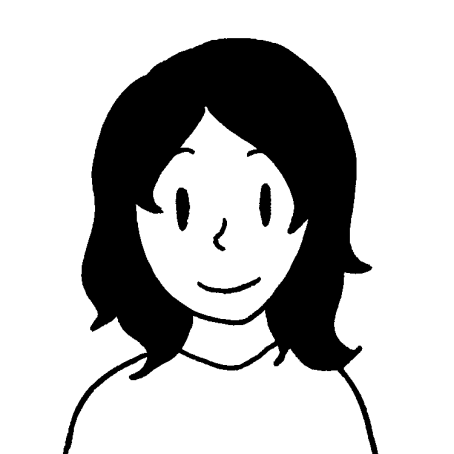 Master of Fine Arts at the Center for Cartoon Studies

Nakahira participated in the Mellon Mays Undergraduate Fellowship Program, a prestigious program that supports students from underrepresented groups in becoming distinguished scholars. Through that program, she carried out a two-year research project on post-World War II Japanese-American farming and food retail communities in California. As a history major, she says, “I really like going down different rabbit holes.” One such rabbit hole led her to Bill Fujimoto, a Japanese-American food retailer in Berkeley, California who sold his produce to influential Bay Area restaurants. His role in these restaurants and in the farm-to-table movement has largely been erased, but Nakahira thinks, “It’s important to give credit where it’s due.” So, in a MAP with Professor of Studio Art Jeremy Chen, she created a comic giving Fujimoto the credit he is due.

Nakahira’s experiences as a history major shaped her interest in writing non-fiction comics, and the culture of the College shaped whose stories she wanted to tell and how. “Hearing different perspectives from people and different ways that people think and see the world was really influential to me,” she explains. In addition to the diverse perspectives, she discovered a shared curiosity “to learn more about different people and different communities and histories.” From that learning she also found a desire to educate, to tell stories that challenge dominant historical narratives. She says education has the power to “raise awareness of different histories and different ways of thinking about the world.” Through her comics, she is doing just that.